As promised, the last part of the Hasbro Briefing Binder.  These pages were loose and in the front of the binder.


Download link: http://www.megaupload.com/?d=3XHXKALS
The most interesting bits here are the more finalized character model for Chip Chase, which I featured yesterday on the blog as an Ark Addendum, and a section on the 1985 products coming down the pike.  In addition to the usual suspects, four (yup, four) Dinobots, Shockwave, Insecticons, Constructicons, etc, we get the following: 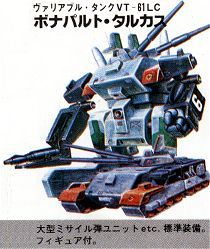 The Helicopter and Jeep became Roadbuster and Whirl, from the SPECIAL ARMORED BATALLION DORVACK line.  Presumably, then, that would make the tank the VT-61 LC Bonaparte Tulcas. It's a pretty funky looking vehicle, so it's not hard to imagine why they left it off.

As for the 4 Wheel Drive and the Remote Control Jeep, your guess is as good as mine.  Do we know more about the company behind this? I feel like I've heard this before.  Perhaps there's some extra information in here that can give us more insight into the Transformers toys that weren't. Surely they were developed by some other company and (nearly) licensed.

Anyway, that concludes the Hasbro Briefing Binder.  I'll do my best to bring you more next week.  Until then, adieu.
Posted by Jimtron at 9:16 AM

Would it have anything to do with this?
http://www.toyarchive.com/Diaclone/Prototypes/ProtoCraneRobot1.html

Our best conclusion on this was the Jeep was the Eletrix Jeep made by Intex. It was released by Estrela in Brazil as a TF.

I think I have a descriptive link at home somewhere.

Any change you could either put all these into a torrent file or find another uploader now that megaupload has been shut down?