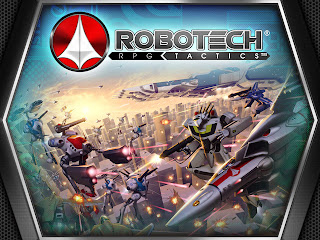 Sorry, gang, it's been way way too long since I've updated here. There have been a few things going on with me. Partially I've been really busy finishing up the G.I. Joe Field Manual volume II, and the Transformers 30th Anniversary Collection.  Partially I've more-or-less run out of TF animation models that I am able to share.  With the second Field Manual completed, I can now start to share some of the many extra Joe models I've tracked down, though, so Sunbow fans can look forward to that.

But my big news is that I'm working on a new Robotech RPG supplement. I can't talk about it too much yet, but it's exciting for me to get the chance to work with a new publisher, a new property, a new genre. I'm a big rpg fan, so the chance to play in that arena is wonderful. It's especially nice for me, because I grew up playing the Palladium Robotech game. In fact, their use of character designs from the original Japanese anime was part of what inspired me to create the Transformers and G.I. Joe animation model books. 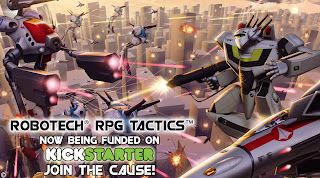 My editor has asked that I help spread the word about one of their new line of products, Robotech Tactics. It looks awesome, and they've currently hit their Kickstarter goal of $70,000 and are well on their way to reach their stretch goal of $125,000.

Palladium Books® and Ninja Division (the creative minds behind Soda Pop Miniatures and Cipher Studios) are proud to announce the launch of the Robotech® RPG Tactics™Kickstarter.

Robotech® RPG Tactics™ empowers you to take command of the fighting forces of the United Earth Defense Force (UEDF) or lead the massive clone armies of the Zentraedi Armada in pitched combat. Relive the massive battles on your tabletop, engage in stand-alone tactical games or use the dynamic game pieces to enhance your Robotech® RPG experience. Collect your favorite mecha from an expanding range of world-class game pieces.

Why should you care? The Robotech® RPG Tactics™ Kickstarterhelps Palladium to fund the launch of a compelling and expanding game line designed specifically for Robotech® fans and gamers. Six months of product development has produced nearly two dozen gorgeous sculptures (with many more to come), a mountain of artwork, and game rules that have been play-tested by more than 100 Robotech fans and gamers to ensure Robotech® RPG Tactics™ is everything you could want. And because so much is DONE, this project should go into manufacturing within 45 days after the Kickstarter!

More Robotech® adventure to enjoy. Ever consider playing a role-playing game? Check out Palladium’s Robotech® role-playing game line. Each book contains a wealth of information, artwork and sometimes never-before-revealed stats and information about the mecha, vehicles, weapons, characters and settings you love. The four core books – Robotech® The Shadow Chronicles® Role-Playing Game, the Macross Saga™ Sourcebook, the Masters Saga™ and New Generation™ – are worth owning just to have the reference they provide, even if you never play the game. Inexpensive and available now.

This press release may be reprinted, reposted, linked and shared for the sole purpose of advertising, promotion and sales solicitation.
Posted by Jimtron at 3:14 PM 4 comments: