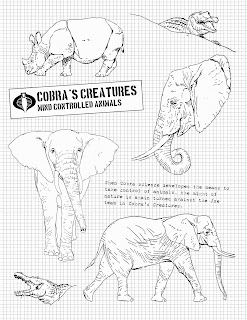 Joe fans, please do let me know if you have requests. I've got so many incidentals, that if you've got a favorite episode, there's a good chance I'll have some cool material from it. Let me know in the comments and I'll do my best to make you happy.
Posted by Jimtron at 11:44 AM 10 comments: