Hail to the King, baby! 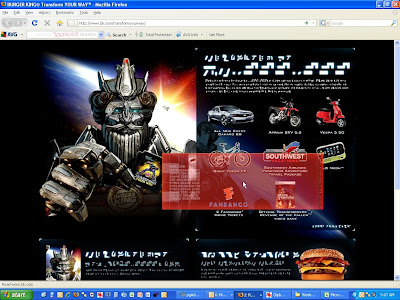 Back in the 1990s, I was really into science fiction fonts. Logo fonts were OK, but what really got my hard drive spinning was alien language fonts. Predator, Ultima VI, Ultima VII, The Last Starfighter, Robotech, Robotech II: The Sentinels, Clarke's Rama books, and Independence Day all featured fonts representing the various non-human creatures. I created and distributed fonts based on these works, which thanks to the magic of the internet are still easily found.

Naturally, being a big Transformers fan, I looked for fonts to represent my favorite robots. Fortunately, there was just a bit of alien writing in the canon at the time: the episode Cosmic Rust featured some Autobot (ancient Autobot, to be precise) writing, and the comic issue Decepticon Graffiti! featured some scrawled Decepticon challenges and insults. Now, neither of these was actually arranged to represent a roman character substition, they were just gibberish. Still, I drew out all those shapes and turned them into TrueType fonts and distributed them for free.

(I've previously written about my experience with the Cybertronix languages from Beast Wars and Beast Machines, which ARE Roman character swaps.) 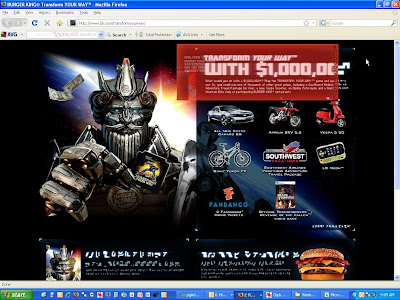 A decade later, and the roosters have come home to wake me up every day at 5:45 in the DAMN MORNING! The fonts that I made have found their way into the vast Transformers marketing machine. In 2007, Activision's viral marketing campaign for the Transformers Autobots/Transformers Decepticons video game used both the Decepticon Graffiti and Ancient Autobot fonts in their AllSpark Wars mini alternate-reality-game. I was quite proud.

This year, an even BIGGER marketing campaign is using my humble Autobot font - Burger King! Yes, that's right, The King himself is promoting burgers, using symbols that I made back in college. The Cybertronian characters appear, and a red decoder allows you to translate them back into English.

It's good to be the King!