Doing my review for Marvel Transformers G1 #3 got me to wondering, why Spider-Man?  He hardly seems like a good fit for Transformers.  Someone more technological, like Iron Man, would seem more thematic.  Not only that, but Spider-Man seemed to show up in an awful lot of #3 issues back then.  Let's see . . . Cloak & Dagger, She Hulk, Ka-Zar, X-Force, Longshot, New Warriors . . . I'm sure there are others, and that's not counting any guest appearances in #2 or #4. So, why?  There seem to be two reasons, one sort-of in universe and one purely out of universe.
In universe, or maybe meta universe is a better term, Spider-Man serves to welcome the new book into the Marvel continuity.  Spider-Man is THE most iconic Marvel character, period.  Having Spider-Man guest star means a metaphoric 'welcome to the neighborhood, new guys'.  At least in the case of Transformers, there is a certain irony with that aspect of the guest spot.  Transformers (at least, G1 Marvel Transformers) would never be closer to the mainstream Marvel continuity than issue #3, with Spider-Man costarring and a Nick Fury cameo.  Aside from that, you've got a Dazzler throw-away reference in #2, mutants in #67 - #80, and the Death's Head stories over in the Marvel UK stories.  Even then, though, before Death's Head could interact with mainstream Marvel characters he had to be shrunk down to size by The Doctor. 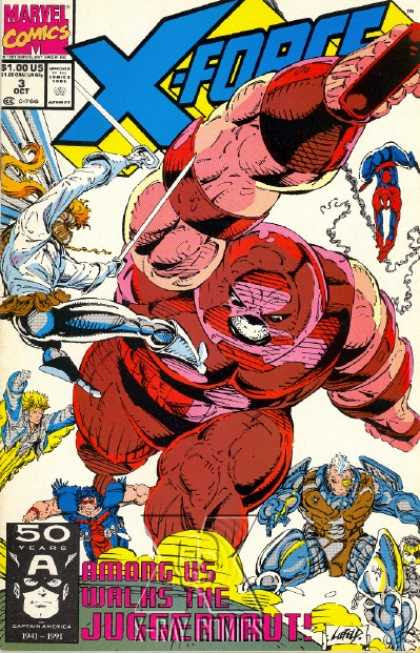 Decades later, of course, there would be the Avengers / Transformers crossover, though this would involve the IDW Transformer continuity, and a series of Marvel Transformers toys, though they don't exist in any fiction outside of toy bios.
The out of universe reason is much more straightforward: to sell comic books.  Comic books are ordered three months ahead of time, which means that retailers are ordering copies of #3  before the first issue has even hit the shelves.  Ordering comics, sight unseen, takes a lot of guesswork.  The first issue of anything, especially in the 80s, was going to sell reasonably well.  The second issue, most retailers would figure some percentage of the first issue and order that.  Now, absent any other factors, they'd probably do the same and order even fewer copies of the third issue, resulting in bit of a death spiral for the book, with only the fourth issue having a chance to break out of it, and only then if the first issue was well received.  A popular guest appearance can break that spiral.  Retailers know that Spider-Man is a draw, so they up their orders from #2.  Now the book has a fighting chance.
And there you have it.  An unofficial induction into continuity, and a strategic attempt to boost sales of a key issue so that the title isn't doomed before it even hits shelves.
Posted by Jimtron at 9:26 AM

This is an interesting look at the dynamics of the comics business (something I've never really thought much about at length before). Funny how the editors of TRANSFORMERS would later act as if they were embarrassed about the crossover ("What about issue #3? Can we just forget about that, please?") as if they were acknowledging that the only reason it existed was to drive sales, not to cement the existence of the Transformers in the larger Marvel Universe.

Reprint rights to the character were also harder/more expensive to get, right?

On the them of good characters for the Transformers to interract with, I've always thought Magneto would have been perfect... maybe too perfect. I'm not sure what they'd be able to do.

DC did the same thing with new titles, hence "DC Comics Presents" #47, wherein Superman crosses over with the Masters of the Universe and has to fight He-Man under Skeletor's magic control!

Well, to be fair, they also used DC Comics Presents as a testing ground for new material, but MotU had its own com ic after the superman crossover.

He-Man fought Superman? That's awesome in a bottle, NuclearConvoy. As for Magneto, I can't but imagine that he'd tear through Transformers like a Sharkticon through a Lithone.