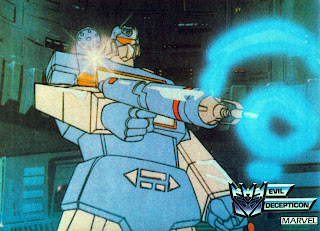 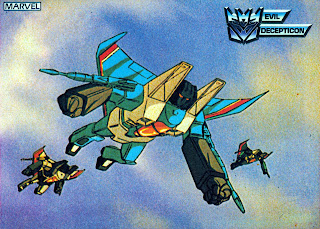 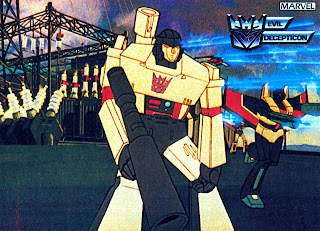 Yes, please do scan the other ones. It may seem like nothing more then an oddity to some fans but this is a very valuable addition. Consider that the commercial these images originate from no longer exists in any decent form. Images of even this quality are a rarity.

These look great, would definitely love to see the Autobot ones as well! Thanks Monzo! :)

"Consider that the commercial these images originate from no longer exists in any decent form."

They do. Though they're all over the place so it's extremely hard to get them in decent quality.

Are you referring to the disparate animation cels themselves? Though the animation was different from the show I'd love to see it again in better quality.

Not the cells, the entire commercials. They're scattered across different DVD sets in pretty decent quality. Though the very first commercial is only available as clips on Shout! Factory set.

Ah! I see. I have the 20th Anniversary DVD of the 86' movie, but the quality of the commercials on that aren't much better then YouTube. Would love to get the Shout collection one of these days.

I think this animation may have appeared in both the 'read the exciting Marvel Comics' and 'Power-Cycle toy' commercials respectively for anyone wanting to see what it looks like in motion, or compare colors.

Thank you Monzo for posting the unedited scans. Tried my own hand at fixing one of the images. Think I got it in or near the ballpark, but it's still not quite right. To compare I'm posting a shot from the YouTube video.

"I think this animation may have appeared in both the 'read the exciting Marvel Comics' and 'Power-Cycle toy' commercials respectively for anyone wanting to see what it looks like in motion, or compare colors."

Well yeah. These pics are from the very first TF commercial which was for the 1st issue of the comic book. Later re-used for power cycle.

And check out the storyboard for the 1st commercial here:
http://cartoonpaperwork.com/network/dt/pdf/transformers_marvel_comics_01_tv_spot.pdf

W0w - I'm a 37 year old who adored these "cell stills" in the UK comics (I ahve the originals in my attic well boxed and sealed).

Ive been perplexed by these stills for YEARS and would love to see where they orignated from. The Autobot stills featured two bots running down a corridor (Jazz and Prowl?) and the other still featured three bots shooting into the sky (Jazz Prowl and Sideswipe). I'll have to scan them in but its an ordeal having to fetch them out of their cryogenic sleep!

Any idea where these originated from as Im fairly sure they cant have been from an early commercial? The animation style is way too different to that of the commonly seen one over the years.

Aha you are all right! Still doesn't explain the corridor running scene and the Soundwave cell animation though:

And a little bit more research reveals THIS: