Better Off Ted - the best show that you're not watching 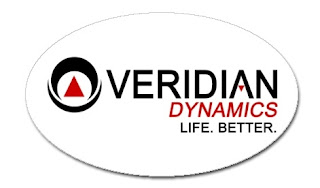 I did this last year with Pushing Daisies, and it didn't work.  But will that stop me? Absolutely not.

Better Off Ted is quite possibly the funniest sitcom on television today. I discovered it quite by accident; my TIVO grabbed the first minute of an episode after Scrubs and I happened not to turn it off.  Better Off Ted managed to grab me in literally the first 20 seconds. A man was giving a Powerpoint presentation in a board room, and he opened with this, juxtaposed against an image of a light bulb.


"In a recent study, people's desire to see things ranked third, right after hitting things and trying to have sex with things."

That pretty much sums up Better Off Ted's style of humor.  The large, 'evil' corporation Veridian Dynamics is the place of employment of all the main characters, who try to balance their morality, careers and personal lives with varying degrees of success. It's quick, witty, well acted, well paced and genuinely insightful.

Naturally the ratings are lousy. So, I'm doing what I can to get the word out.  Better Off Ted airs nominally Tuesdays on ABC at 9:30, though with the Lost juggernaut back who knows.  Program it into your DVRs, watch it for free on Hulu, or just check out some hilarious Veridian Dynamics commercials:

If you're already a fan, then check out the Save Better Off Ted website. If ever there was a show worthy of fan support, this one is it.
Posted by Jimtron at 12:14 AM

Email ThisBlogThis!Share to TwitterShare to FacebookShare to Pinterest
Labels: better off ted, videos