I like to keep track of my Amazon reviews. It's helpful to know what people think. I'd been very proud of the unbroken streak of five-star reviews for both volumes of The AllSpark Almanac. I ticked up to a combined 49 five star reviews, with no dissent, then stalled out. I figured I'd wait till 50 to start tooting my own horn. So, the other day, I check, and sure enough, I'd gotten review #50. Eagerly I clicked through only to find that it's... FOUR STARS!!! Noooooooooo!  As far as I can tell, the reviewer wasn't pleased that their copy arrived damaged, though Amazon did replace it.

Only a few days later I got one more review, five stars this time, but the damage is done. I couldn't quite get up to 50 perfect reviews.  I'll have to settle for 50 five-star reviews, and one four-star review.  That's 33 fivers on The AllSpark Almanac, 17 fivers and a four on Volume 2. Sigh. 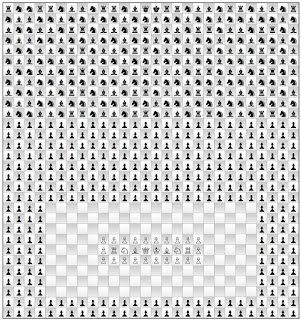 In other news, reread Ender's Game for my book club and was inspired to attempt to create an Ender's Game board game.  I figured I'd use chess as my starting point.  Thoughts?

(The book remains engaging, though the Locke / Demosthenes material strained my credulity and the denouement goes on and on and on. It's pretty apparent that Ender's Game is in many ways more a prequel to the later works in the series than a book in its own right.)
Posted by Jimtron at 11:23 AM

I'd be bursting with pride if I had that many 5 star reviews. Congrats!

Not familiar with Ender's Game or author Orson Scott Card, but from looking it up it seems they'll be releasing a movie in the near future with a very respectable cast:
http://www.imdb.com/title/tt1731141/

From they synopsis, the premise and philosophy somewhat remind me of Robert A. Heinlein's Starship-Troopers.