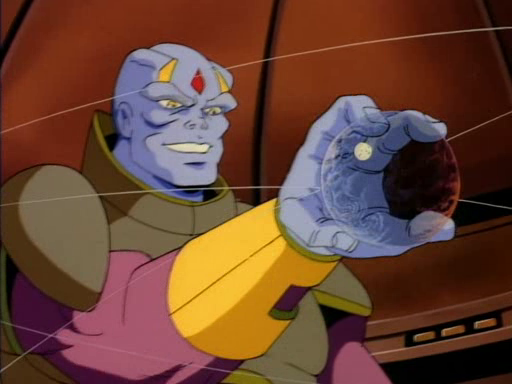 Hidden Terrors is the third episode of Exo-Squad, and once again the title has a double meaning. There are the pirates with their well-planned ambush, but there are also Phaeton's machinations. The pirates draw the Exo-Fleet in by letting them pound the hell out of the surface of Enceladus, then unleashing their full might. Meanwhile, a hapless Neo Sapien cabinet (finance minister Geadis) discovers evidence that Phaeton has been diverting industrial materials for years, building an army and a space fleet larger than the Exo-Fleet. Nara is captured, drawing Able Squad into an ambush which she helps save them from. Explosive decompression almost kills her and takes out several pirates, but Marsala gives her his helmet and saves her life. The Exo-Fleet nearly commits to another engagement, with the pirates on their home base on Tethys, but news of a massive Neo Sapien assault on the homeworlds causes J.T. to call off the attack after Marcus freezes up. 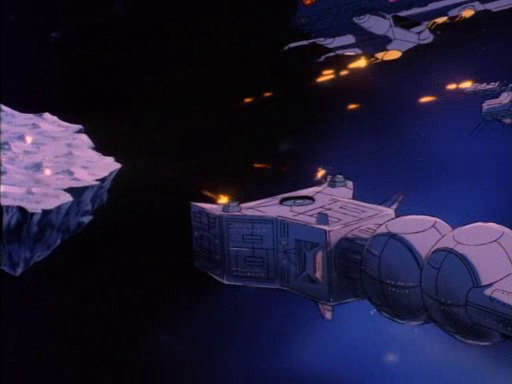 What Works: Many elements pull together to make this the strongest offering yet from Exo Squad. The big battle between the pirates and the Exo-Fleet works well, with clear stakes for both sides and an understandable tactical picture. Watching the Fleet pound the snot out of Enceladus is fun, and you get a sense that Simbacca is shrewd and has balls of steel to wait it out. He's still over-the-top, but gloriously so.

Phaeton's attempt to justify his deception work well, because they are grounded in legitimate grievances. Neo Sapiens can't own ships, we discover. Can't even own firearms. You continue to get the sense that this is a leader with charisma and vision, albeit a dangerous one. (Though I'll say more on this in a bit.) 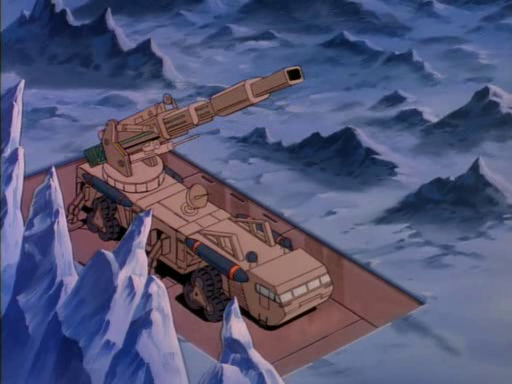 I'm also rather taken with the designs from the show, and this episode is a good showcase. The ship designs of the Exo-Fleet work really well, and manage to have a different aesthetic from both the pirate fleet (seen more in the previous two episodes) and in the Neo Fleet (seen a bit here, but much more later on. Certainly, the color schemes help, but even beyond that each faction has their own use of shapes and styles that define a coherent universe. This episode shows us a number of pirate artillery platforms, mobile from the look of them, for our heroes to go up against. We also meet Exo-Fleet ground troopers, called Jump Troopers, who have a very cool deployment system. Think paratroopers but from low orbit. Very neat. Also fun to see that some of them don't make it down to the ground. Realistic and makes you think that these guys have to have steel nerves to get into those little boxes. (Though I'll say more on this in a bit.)

I love J.T.'s casual racism when Nara asks if he's got family like the rest of them. And this is a guy who is basically tolerant of Neo Sapiens and LIKES Marsala. This, more even than Phaeton's words, helps the viewer understand why the conflict was inevitable. 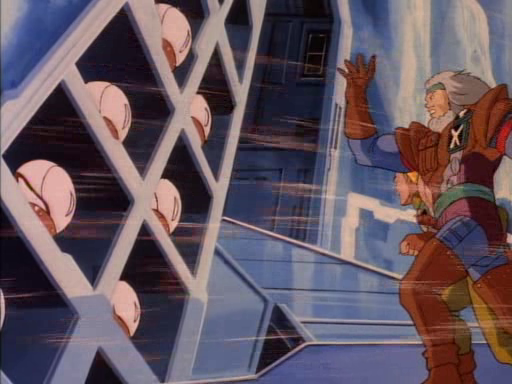 The use of imagery in this episode is strong. There's the lovely shot of Phaeton caressing a hologram of earth. There's Simbacca struggling against the explosive decompression to, successfully, reach for his helmet. (A scene so nice they used it in the opening credits for season 2.) There's Nara looking up at Marsala, who has just given her his helmet and with it her life, and passing out. And there's poor James Burns watching his family farm get destroyed by Neo Sapiens and giving a strangled "Mom's in the house!" (Michael Donovan, who also plays Bronsky, really nails the line.)

Winfield's injury during combat was nice, and helped raise the stakes for this episode and the episodes to come. It was also rather shrewd of the writers to give J.T. an injury to keep him out of combat and let him participate in the politics of command.

What Doesn't: Not much about this episode falls flat. McKenna is basically mister exposition this episode, and Marcus actually seems less off-the-ball. I didn't mind him freezing up in the face of a huge shift to the bedrock of his universe as much as some of his prior evidence of incompetence.

This is a minor complaint, but we've got four important Jump Trooper characters introduced in S4. This episode would have been a fantastic time to introduce them. I realize that they probably weren't quite far along enough on the development timeline for that to happen, so this isn't a bad, more of a missed opportunity.

I have a hard time buying that Phaeton could assemble a space fleet AND an army without anyone knowing. Figure he's got to have at least a million guys trained... that's a hard secret to keep. Perhaps if they'd tracked Nazi Germany more closely, started with a large Neo Sapien army that wasn't allowed to have ships, I'd have more readily accepted it. Still, buy the premise, buy the bit I suppose. 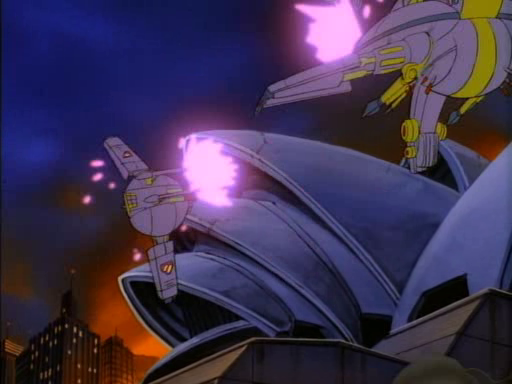 Watch For: In the montage of places attacked on Earth, we see the Sydney Opera House. The premature liberation of Australia will be a major storyline in Season 2.

Overall: Very strong television, with little of the weakness of the previous two episodes. I get the sense that they've found their voice. The action is strong, the stakes are high, the characters likable but with flaws, and the REAL conflict has just started. By the time you've made it to this point, I think you're solidly on-board with Exo-Squad. And the really good news is, it gets even better!
Posted by Jimtron at 4:45 PM