I was watching a little Five Faces of Darkness the other day (I know, I know, I'm a masochist) and was struck by how odd some of the characters were. Specifically the off-colored Shockwaves that show up. While Shockwave proper never shows up past the movie, leading many fans to conclude that he perished during the movie or in its aftermath, his lineart was oddly the basis for several generic guys that show up. I have a very nice scan of the Action Master Shockwave art so I thought I'd try my hands at a digibash. Presenting... BUILDWAVE! 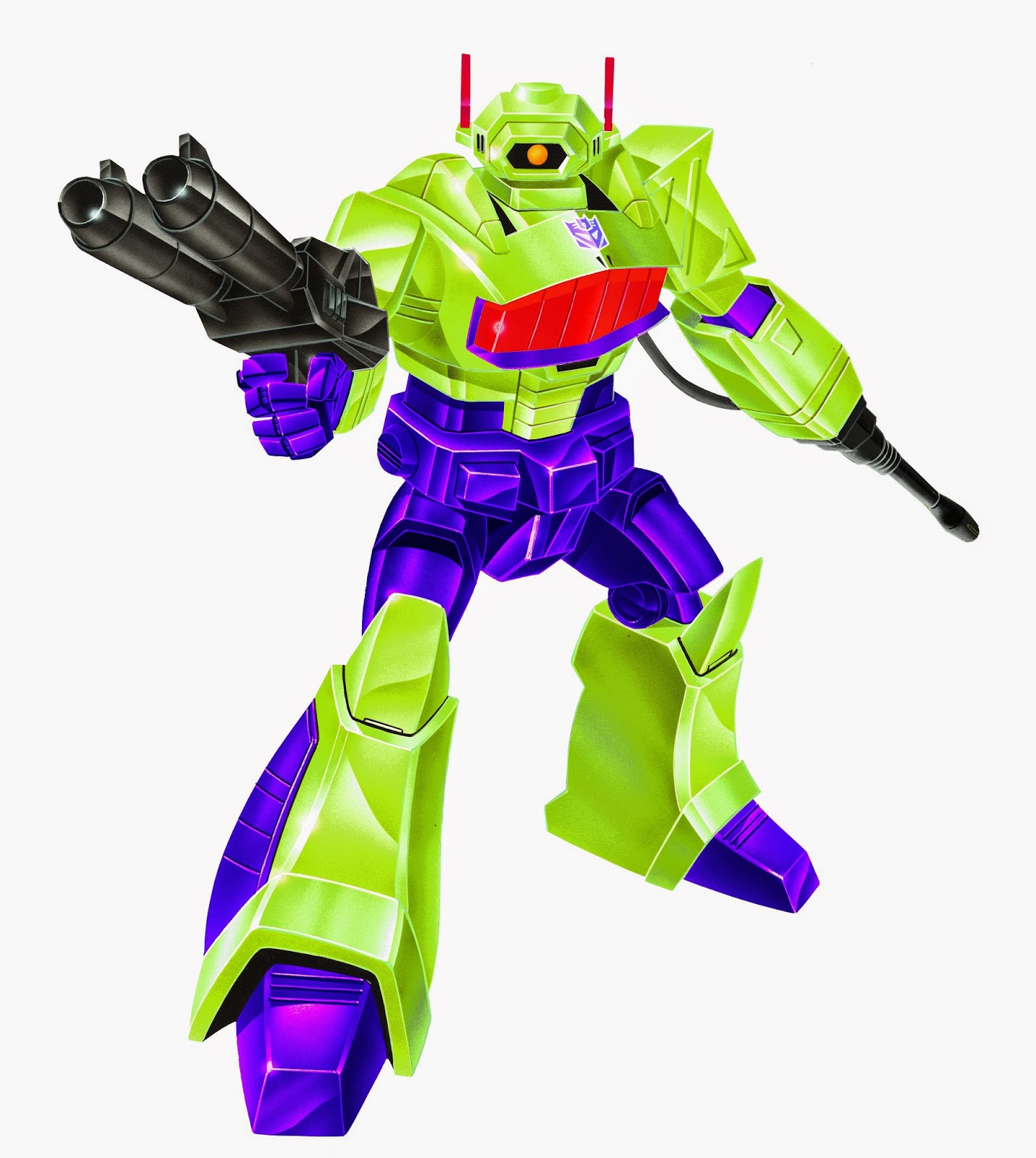 Decepticon
Function: Combat Engineer
"The universe is but grist for me to plunder."

Believes that anyone and anything can be categorized in one of two ways: allies or raw materials. Is obsessive about whatever his latest engineering project is to the point that he has difficulty comprehending anything that isn't directly related. Has the ability to analyze visualize incredibly complicated plans and see them to fruition. Carries a double-barreled dis-assembler blaster that causes anything mechanical to revert to its component elements, and has an integrated laser torch for cutting or welding.

Haha, your next book should just be digibashes of all the box art!