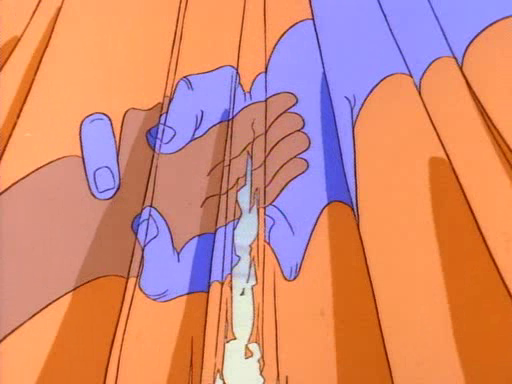 "Soon the vermin will not dare to make fun of us."

Seeds of Deception, the second episode of Exo-Squad is much stronger than the first, though it still suffers a bit from the production team finding their feet. After a brief "previously on Exo-Squad" segment, we launch back into the space battle between the pirates and the Exo-Fleet, which results in a pirate retreat back to the moons of Saturn. There's some jockeying over the tactics between Admiral Winfield, Captain Marcus, and Lieutenant Marsh, which eventually results in the fleet committing itself against Enceladus without prior e-frame reconnaissance, a tactical blunder that Simbacca prepares to exploit.

Meanwhile, we get to see the situation on Earth through the more-interesting b-plot.We're introduced to Sean Napier, a cop who'd rather be in the Exo-Fleet. He gets into a bar fight, foils an assassination attempt on Phaeton, gets injured in the process and then loses his job when he won't shake Phaeton's hand. We also get more foreshadowing that the Neo Sapiens are up to no good. 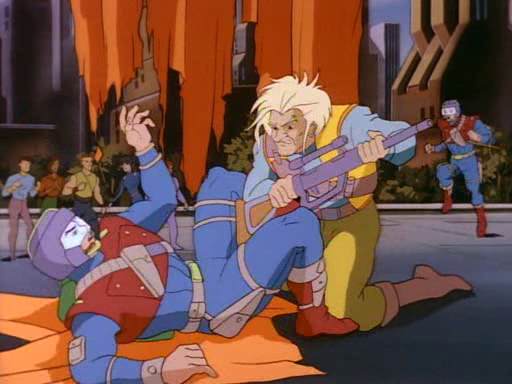 What worked:The b-plot worked. We meet an interesting new character and get to know him a bit. Part of the trouble with the Able Squad is that we're mostly seeing them as a block. There's the sense that they're all individuals but few of them have had the chance to shine. Napier, on the other hand, immediately stands out as having goals, dreams, and complications.

The assassination attempt has a real-world feeling to it, including having someone (Napier, as it turns out) get shot off-screen right before a commercial break. This gave some nice tension. 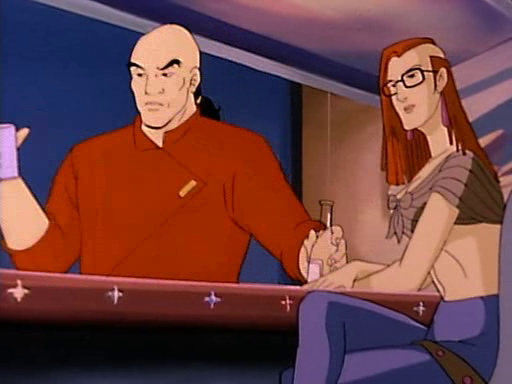 We get our first (and, as it turns out, one of our only) glimpse of civilian life on Earth. There are some sci-fi touches in there, like the little triangular coins used as money and the idea that rather than alcohol they're drinking some kind of vitamin supplements. Silly, but fun world building none-the-less. It's apparent that partially shaved heads are very much in vogue, which is probably a practical by-product of the cybernetic interfaces that the military and police (and, for all we know, construction workers and other people who interact with heavy equipment) use. 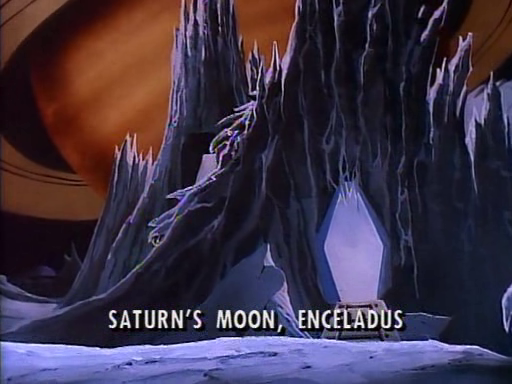 I love the look of the pirate fortifications. A minor aesthetic detail but a nice one. It feels unearthly, which is of course the point. There's good use of background / foreground as we push in on Simbacca's lair.

Wolf Bronski and Kaz Takagi each get some decent characterization this episode, Kaz for ignoring orders to do some hotdog flying, Wolf when he'd protectively watching over the injured Kaz after the battle. Everyone else in the squad gets at least one scene, surely a conscious effort. Maggie tells off McKenna, Torres kicks Bronski in line, Nara dispatches another video, DeLeon methodically takes out a pirate craft, and Marsh ruminates on the burden of command.

There's a nice bit with some litter getting sucked into the atmospheric filtration system as Able Squad launches. Lovely touch. 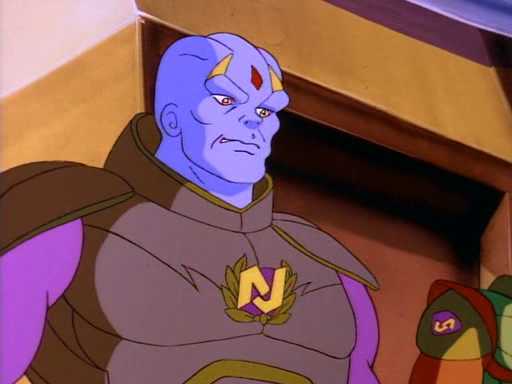 Phaeton and his entourage on Earth (Livia and Shiva, both of whom will become important in time) allow for some nice foreshadowing of the conflict to come. Phaeton's glee with the news that the Exo-Fleet is going even deeper into the outer solar system is nice, as is Livia's distaste of humanity. The moment just before Phaeton gives his speech where his mask slips for an instant and he recovers is a thing of beauty. The actual speech he gives about humanity uniting is works both on the text level but also as foreshadowing for his eventual forced unification of the different families of humanity, under his iron fist.

What didn't: The battles with the pirates still fall a bit flat for me. Definitely a step up from last time, but there's something about them that doesn't work. I'm not quite sure what. Part of it is the animation, which is a bit clumsy. Some of it is that it's hard to get an overall sense of the battle through the eyes of Able Squad, reducing the conflict to a small series of squad-level battles with an unclear relationship to the overall big picture. 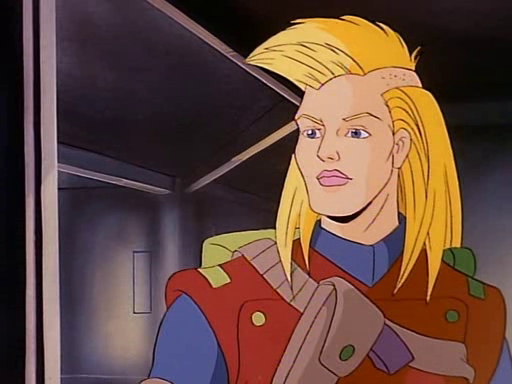 Napier's boss has an awful, awful accent. Took me right out of the show.

Again, I'd rather that the tension between Marcus and Winfield be more nuanced. In this instance, Winfield yielded to Marcus' tactical judgement. I'd have liked it to be less of a transparently bad decision.

Another carryover from last episode, McKenna's role is unclear and doesn't seem to add much.

Nara doing a second videogram to Venus seems repetitive. Surely there is some new way we can get insight into her psyche.

The voiceover that kicks off the episode is strange and feels redundant, especially with the presence of a "previously" segment. Perhaps this would have been a good spot to use McKenna instead. 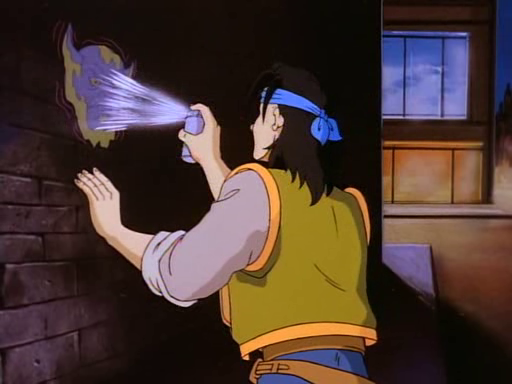 Watch for: The kid doing some anti Neo Sapien graffiti will eventually wind up with the resistance.

In response to said graffiti, Phaeton muses: "horns. Horns could be very useful." This line will have serious payoff in mid second season.

The banner showing Homo and Neo Sapien holding hands gets torn asunder during the assassination attempt, which is of course nice visual foreshadowing.

Overall: A much stronger outing than last time. Incidentally, this was the first episode I managed to catch way back in 94, and probably a better introduction to the series than The Pirate Scourge. We're actually getting a sense of impending menace and momentum on the Neo Sapien arc. Seeing Earth gives us higher stakes when the larger war inevitably comes, and we waste less time futzing around with plot elements that don't pay off in the episode in which they were introduced.