Secrets of the AllSpark Almanac Addenda

Summer of 2011... Animated had come and gone, and then Fun Publications went and did an awesome BotCon set featuring the Stunticons and a few other new Animated goodies. I even got asked to write a few of the tech specs for the lithograph. Pete Sinclair and I got to talking and one thing led to another and soon Bill and I had been tasked to write a 16 page AllSpark Almanac Addendum, featuring the events and characters and places of The Stunti-Con Job and Moving Violations. The big constraint was that they wanted about half of the pages devoted to covering BotCon itself, which we did in the style of the Part II, out-of-universe material.

They were pleased with our work, and agreed to give us a few pages in the club magazine itself to continue the theme. We did six more pages the next year, though it never was quite the right time to revisit the format... until now, that is!

Again, I'm going to ramble on about what sticks out in my mind, and pay special attention to any references not in Chris McFeely's Annotations.

Page 1: The Stunticon sigils were a few unused bits that we had no other place for. Incidentally, they're maybe the only pieces of artwork (not counting pieces created by Bill and myself) to not find their way into The Complete AllSpark Almanac.

Getting David Kaye to write the foreword was a real coup. We'd already had the primary architects of the cartoon and toylines on, so getting the star to share his thoughts felt like coming home. It didn't hurt that he had such a long and interesting history with the brand.

We always tried to integrate the logo with the covers. Here, we had no cover, but we liked the idea of Toxitron oozing the logo out, so that's what we went with.

Page 2: Alpha Flux was, indeed, a reference to Gamma World, which I was playing with my good buddy Rob Pennington at the time. 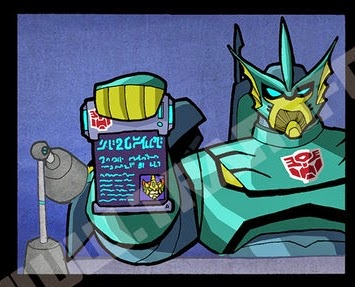 Page 6: It was important to Bill and I that we summarize Moving Violations as well as The Stunti-Con Job. This has the curious effect of having a one-page summary for a two-page story.

I was pretty impressed that Chris was able to identify the two Fringe episodes as the source of the number. I thought I'd buried that one rather well. 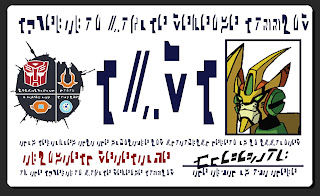 Cheetor's Badge was inspired by the packaging for his FP toy. It's really hard to read, but we did make an entire viable badge to go with it.

Notes on Elvish... so, I cracked the Maximal and Predacon languages from Beast Wars back in the late 90s and made Truetype fonts of them for free distribution. Apparently I was responding to some kind of genetic imperative, because my mom did basically the same thing with Tolkien's Elvish back in the 60s. (Minus the internet bits, of course. She didn't work at DARPA.)

Page 8-9: Unlike our previous hidden messages, I encoded a bunch in a brand new language, Cybertronian Optical Code. To play fair, I made it based on Morse code. To make it tricky, I introduced random variations in the curves so that it wouldn't be screamingly obvious. It worked; I had Chris stumped for months.

Marcelo's art is just gorgeous, isn't it? I had to do some Photoshop magic to make some empty cells for Cell Block 456.

Page 10-15: These pages are included in The Complete AllSpark Almanac, but in heavily revised form. The toys got integrated into the toy section and slightly expanded on. Much of the artwork was pulled out and made bigger. Minerva got shifted to Chapter 1. Some of the more generic BotCon material was cut, the rest was moved into a new chapter in Part II called Expanded Universe (alongside The Arrival, the game, and the Titan comic.) All in all, these pages were the most difficult to retool to make them feel like the rest of the book, but I think we achieved our objective. Page 16: I love the unused tech-spec that teases Slipstream. Whomever put it together did a great job with the cardboard texture under the bio.

I think the chibi Dalek and Elephantor are adorable. It's hard to make a Dalek cute (and different enough from the real deal to fall under fair use / parody) but I think Bill managed. (These are not in The Complete AllSpark Almanac.)

We never quite lived up to our implied promise, to cover ALL of the new characters in depth. I'm proud to say that The Complete AllSpark Almanac rectifies this issue. They won't all get bios, but they'll all have at least as much as we managed for Manatronatee, a sentence or two and nice large character models.

Little Miss Firecracker wasn't supposed to be any kind of reference as far as I know.

I thought it was fun to play up the Flashpoint/Inferno similarities. I felt rather inspired by using his Action Master accessory in her bio.

Page 2: The string JW 39 864 715 is from one of the Saberhagen Berserker short stories. I don't remember which one.

The G2 Autobot symbol was NOT based on anything specific, but was just supposed to call to mind a sort of broadcast symbol. 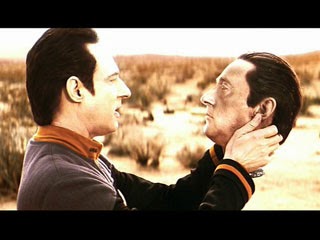 Page 1: These two pages got rearranged a bit in The Complete AllSpark Almanac, just because the aspect ratios were different and we had a bit of new material to work in. We also had extra space from not using the logo. it all worked out great, so I think you'll enjoy them.

Page 2: Don't read too much into the Poison Apple, it was just supposed to be Rainbow Dark's cutie mark.

Page 1: Team Chaar is awesome! If we had to stop somewhere, this seemed like a good place to do it.

Page 2: Derrick was very keen to get Strika's boob-missiles into the canon. I wasn't sure Hasbro would go for it, and yet, here we are. 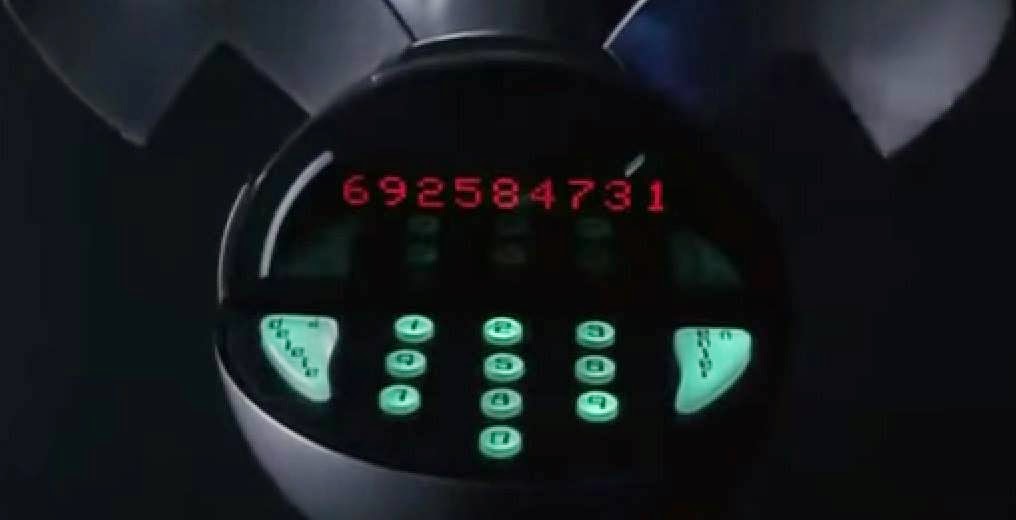 Bill has supplied the answers behind 69275754697 and 64672943. The first is a code from Freejack that Alex Furlong (Emelio Esteves' character -- love the name) gives to try to convince Vacendak (played by Mick Jagger of all people) that he's REALLY McCandless (Anthony Hopkins) in a new body. The code is rubbish, but Vacendak gives him a pass anyway. The actual code is shown here. 64672943 is a door code from the short story Patient Zero by Tananarive Due and published in The Year's Best Science Fiction: Eighteenth Annual Collection.
Posted by Jimtron at 11:46 AM