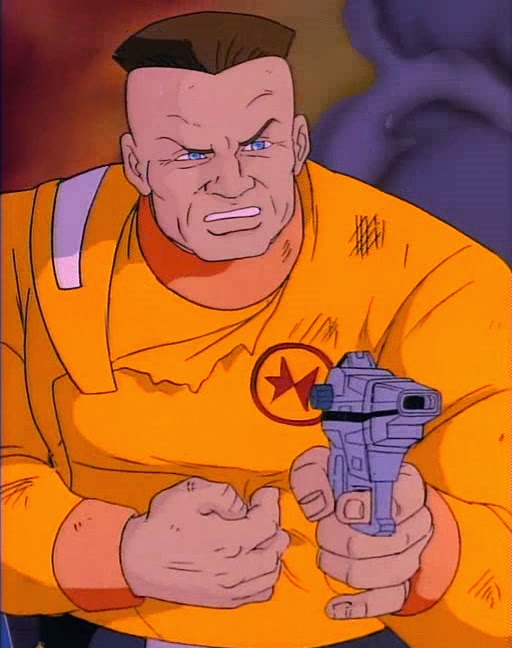 "Go back and tell Winfield to watch! Tell him Matthew Marcus knew how to die."

The Brood is the eleventh episode of Exo-Squad, continuing the Into the Heart of Darkness episode. Marcus leads the fleet to Earth, on the way imploring those who resisted the mutiny to join him in the fight. Winfield gives his blessing, apparently going so far as to swear loyalty to his subordinate. The Neo Sapien Mars and Earth fleets attack simultaneously, allowing the fleet to be outflanked and destroyed. Marcus chooses to go down with the ship rather than leave his bridge. Meanwhile, the distraction of the decisive space engagement of the war gives Marsh's people enough breathing room to patch their Frames while DeLeon and Marsala locate the brood center. Marsala disables Alec and sounds the alarm, demanding to speak to Phaeton and warning of the plot to destroy the brood center.

What Works: Almost everything. Let's start with the visual storytelling. There are many clever touches this episode. Space battles can be hard to visualize, so the use of a splitscreen with different areas of space quickly visually communicates the idea that indeed the Exo Fleet is surrounded. 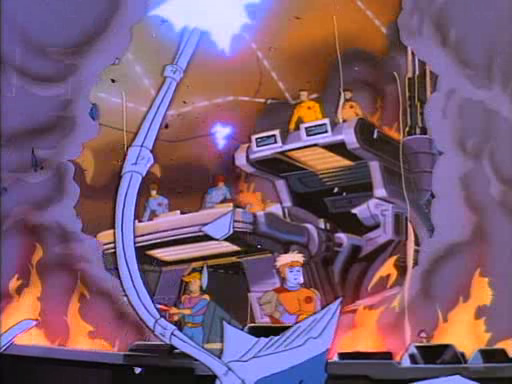 Continuing with the storytelling, the battle quickly goes from bad to worse. The bridge on fire, falling debris, sparking wires all quickly and effectively tell you that the good guys aren't winning this one.

The fleet action provides a good excuse as to why Marsh is able to keep his people alive for as long as he does. It makes sense that the Neos would focus on the space fleet. This also means that the Exo Fleet had the potential for a brilliant diversion, inserting a squad to destroy a high-value target and then taking a run at another planet. 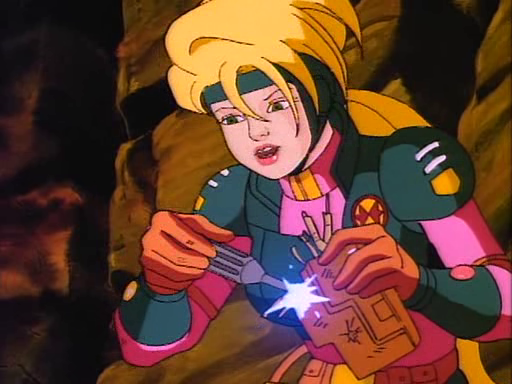 The squad is understandable and justifiably tense. Nara and Bronsky bicker over a screwdriver while attempting to get their craft working again. It makes sense, JT only sees three options: attempt to flee and most likely get killed; hole up on Mars and most likely starve; go down in a blaze of glory. Unsurprisingly, they choose the latter.

JT worked out Marcus' role in their predicament very quickly, for all the good it did him. I also like DeLeon's comms e-frame repeating "no such mission in progress" to him. It slightly bothered me how easily Marsh accepted Marcus' story, so him figuring it out quickly mitigates that. 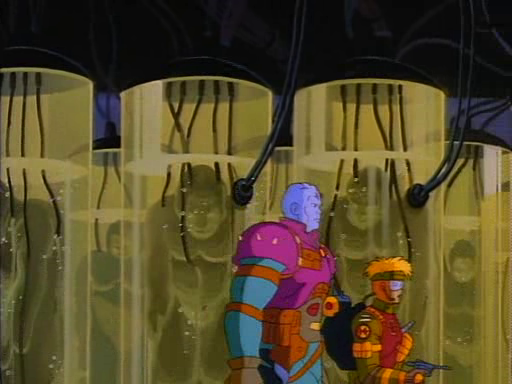 The brood chamber is a regular creepy science-fiction horror show, with fully-formed Neo Sapiens liquefied due to defective gene pairs, ominous vats, and more great visual storytelling. It helps sell the horror of Phaeton brewing up enough Neos to replace every terran in the solar system. 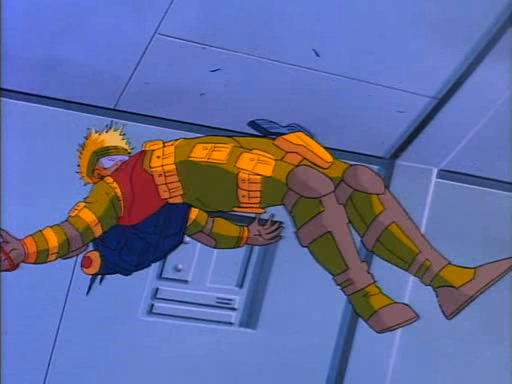 Marsala's betrayal of DeLeon (and, by extension, the squad) packed a whollup, pun intended. He's been a stalwart member of the team since the beginning, so this really feels like a WTF moment. Especially given how he behaved last episode about returing to Mars, you can accept at least the possibility of betrayal. I love that punch, and how Alec seems to hang in the air for half a beat too long. It lets you linger in the moment and share in Alex's stunned confusion.

Back to the fleet, Marcus' obsession and refusal to leave the bridge give depth to the character. Yes, he's an asshole, and yes, he's a traitor, but he tries desperately to go down swinging. He was doing what he thought best for humanity, even if he was tragically misguided. The confrontation with Takagi was powerful and a great ending for the character. (But see below.) 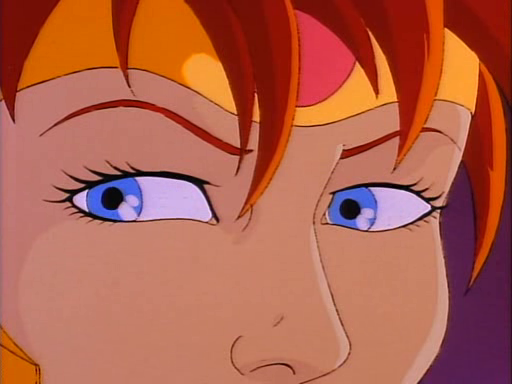 Maggie Weston sure is pretty. I love the closeup of her eyes. Normally Nara is kind of the cute one, but you get the sense that under her greasemonkey exterior Maggie is quite the looker. 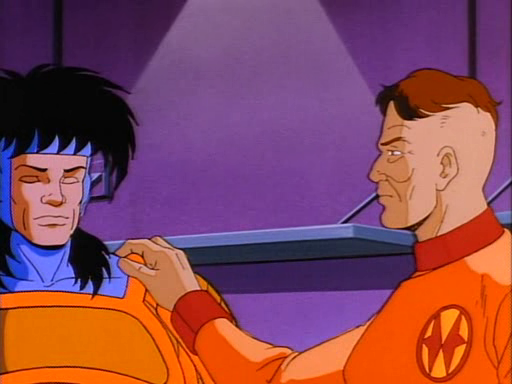 The show continues to use body language in ways that are dazzlingly effective for television animation. Winfield comforting Takagi and helping him come to try to make the best of a terrible situation is a nice, and subtle, character moment. Also see Maggie's reaction at Takagi, going from despair to surprise to joy in seconds. (And I love how Kaz misreades the situation and starts to get a little handsy. Like I said, she's a looker!)

What Doesn't: The title. The plight of Able Squad on Mars is firmly the B-plot of the episode. Last episode was more ambiguous, with the attention equally shared between the two plots. Plus, the word "abandoned" kind of works for the mutiny too, with Marcus figuratively abandoning Winfield and his strategy. 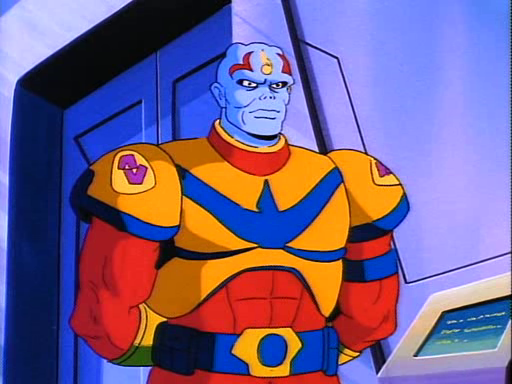 This doesn't exactly NOT work, but the Neo Sapien spearcarrier that delivers the news of the Exo Fleet's sortie to Earth is rather... grandiose, no? With his distinctive markings and costume, you'd almost think there was a toy of him or something. In actuality, he doesn't even get a name. I suppose it was just a character designer having fun. Kinda neat.

Winfield was too soft for my taste. I can't see him sending Takagi back to retrieve Marcus, especially given that the man has (Winfield believes) effectively murdered Able squad.


Watch for: While Marcus is stubbornly refusing to call the retreat, he commands that if the Resolute is going down it's taking the Neo Sapien flagship with it. S2 will introduce the Olympus Mons II, so it would appear that he succeeded.

Phaeton continues to disrespect Typhonus, half-explaining himself while walking away from his own battle minister.

Overall: It's no accident that there are so many more positives than negatives listed. This is a fantastic episode. It pays off almost a full season of character development for Marcus, subverts the season of development Marsala has received, and given more humanity to Takagi, Weston, and Winfield. The mutiny plotline is exciting and, combined with the brood chamber, chilling in its implications for the human race. (Had the show ended at S1, it would have implied a pretty darned bleak ending with only a faint glimmer of hope.) The brood plotline is still all setup, but combined with Marsala's betrayal promises to be an emotionally engaging one.

There was a toy rendition of the flamboyantly attired Neo in your penultimate screenshot. He was called 'Livanus' and he was included with the AL-002 Troop Transport E-frame, normally driven by Draconis and the rank and file in the series.

The bio on the back of the toy box listed Livanus as chief of Neo security force on Earth, so his appearance on Mars is odd. Anyway, this is the only time you see him in the series and the name 'Livanus' is never mentioned or addressed.

So it could be that it was the toy makers Playmates who retroactively named their action figure long after this episode was shown.

Why did Maggie Weston say in episode “The Brood”, “It’s horrible; all of them gone!” when in next consecutive episode “Betrayal”, there were ExoFleet Ships and E-frames still functional and retreating?