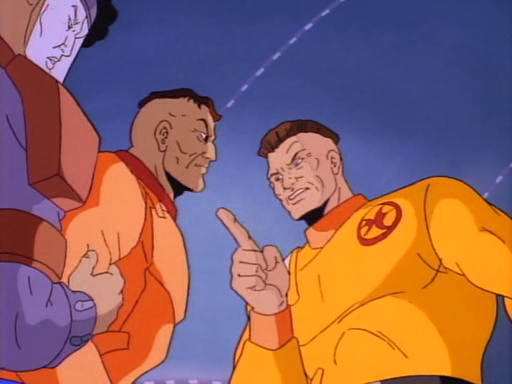 "I know the only thing standing between Phaeton and his total subjugation of the human race is this fleet!"

The tenth episode of Exo-Squad, kicking off the "Into the Heart of Darkness" storyline, is Abandoned. It's been three months since the GRAF shield was disabled, and Marcus is concerned (not unreasonably) that the Neos may get it operational again and their window for liberation will slam shut. Winfield judges that the fleet can't achieve victory in its present condition and won't commit it until it can. Marcus send Able Squad on a one-way mission to Mars, then stages a mutiny. He seizes control and commits the fleet to launch for Earth the next day. Meanwhile, Able Squad discovers supplies for a massive new brood of Neo Sapiens, potentially billions. With them already holding the upper hand militarily, Alex surmises that they're not soldiers, they're workers, and that the complete extermination of the human race can't be far behind. 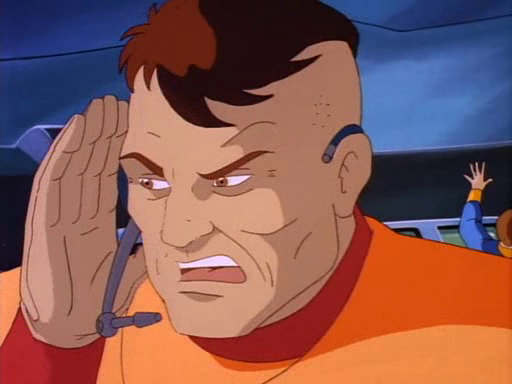 What Works: The mutiny plotline is compelling. Yet again, humans prove to be their own worst enemy. I love the bit of Winfield trying to direct things, unaware that the officers on the bridge with him are already being held at gunpoint. That's focus.

The suicide mission Marcus sends the squad on happens to turn up a new Neo Sapien brood center. This smacks of coincidence, and yet... Phaeton is such an egomaniac that OF COURSE he'd build SOMETHING at Olympus Mons. I'm slightly skeptical that Marsh would buy Marcus' line of bull so readily, but Marcus IS Marsh's superior officer. I think I'll choose to accept it. 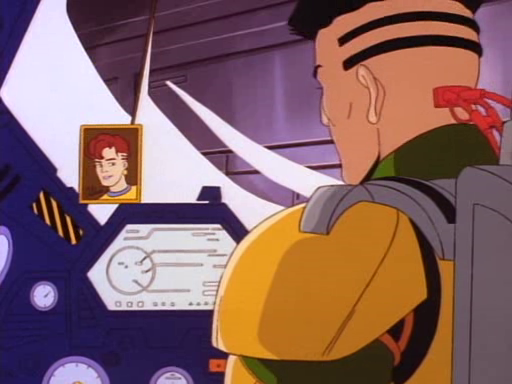 Marsh now has a picture of Alice Noretti in his e-frame. That's really a very nice little touch.

Able Squad's battle over Mars is pretty tough. The gang seems to have a legitimately hard time penetrating Neo Sapien air space. The Neos on the ground even muse that for a single squad to attack the planet is suicide. Of course, our heroes win and with no casualties, so it's not THAT tough, but the show does a good job of selling us on the difficulty. E-frames are damaged and there's some genuine tension as they attempt to not get shot out of the sky. 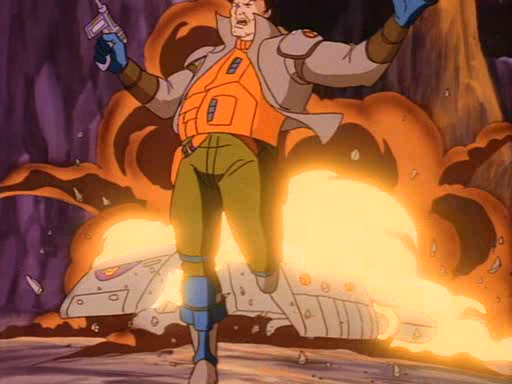 So, too, is the fight in the brood chemical plant ("Storehouse 17", which implies that this is just the tip of the iceberg) no cakewalk. The squad pulls out all the stops to get in, blow it up, and get out. It's a great moment when they think they're home free and the ship that's supposed to take them home is gone.

Body language continues to be a strength of the series. Marcus recruits Furlough to his side by grousing about Winfield and assembling a rifle, glancing down furtively at the weapon at strategic points in the conversation. 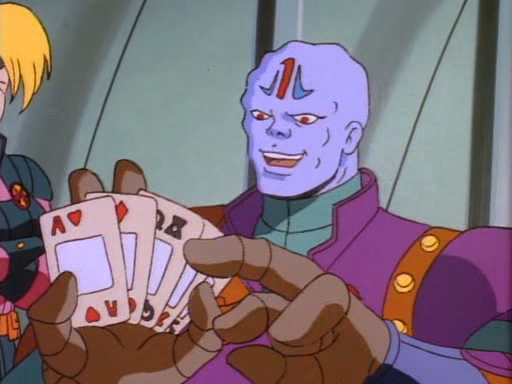 The obligatory character moment for the episode is Marsala learning to play poker with the gang. As expected, he's a fast study. Though I find it absurd that he's never even heard the word "bluffing" before. This contrasts nicely when Marsala freaks out a bit over being back on Mars. Nara attempts to console him, saying she knows what it's like to come home "under these circumstances". He rejects her outreach. "Not these circumstances." It's nice continuity for her and nice character development for him. 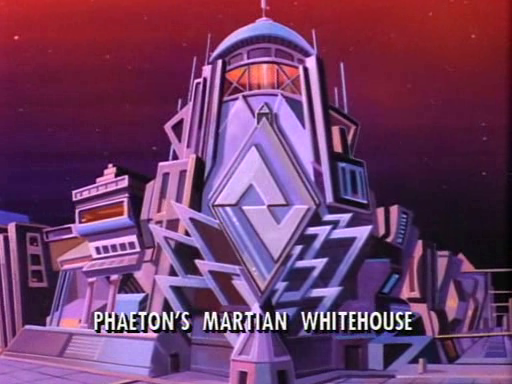 I like the Majesty of Phaeton's "Martian Whitehouse." It's certainly an imposing structure

What Doesn't: This is a nit, but the Last Time segment spends a lot of time summarizing last episode when literally the only thing that's relevant to this episode is that the GRAF shield was disabled. A Previously showing the tension between Marcus and Winfield would have made more sense. 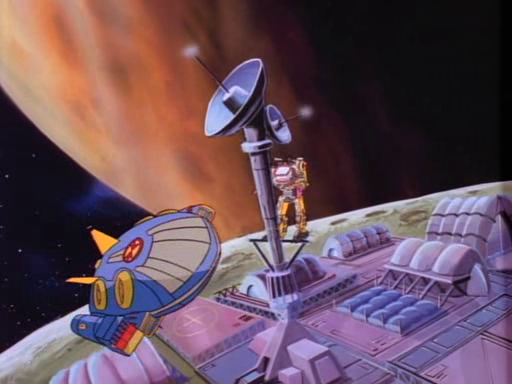 I know we're supposed to be rooting for Winfield here, but I actually don't think his strategy of digging in and repairing the fleet makes much sense as presented. The Neo Sapiens posses the industrial capacity of three worlds. In secret they were able to launch a fleet that, at the very least, rivaled the Exo Fleet. Surely, even a slave economy can be outputing more ships per month than Winfield could hope to patch up. Spending time building a base on Io doesn't seem like a wise investment of resources. Perhaps Winfield is digging in for the long haul, but we don't really know for sure. 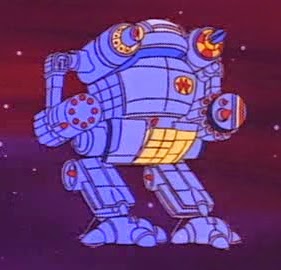 The ship that delivers Able Squad to Mars is really funky looking!

Watch for: Alec puts the moves on Maggie Weston. While she's got a bit of thing with Takagi in her near future, Alec and Maggie will develop a deeper relationship in season 2.

In the more immediate future, we'll get some payoff about the two vows Marsala mentions to steel himself. 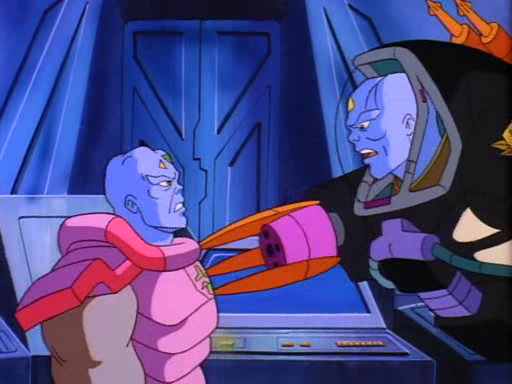 We also see Phaeton physically assert his dominance over Typhonus. Typhonus won't stand for this treatment for very long.

Overall: Another very strong episode, both on its own and especially for what it portends. Obviously this one was mostly set-up, but the episode still offers a fair share of action and drama. The Marcus/Winfield tension is ratcheted to 11 and getting ready to pay off. Marsala's loyalties are, for the first time, genuinely called into question, albeit subtly. The Weston/Takagi relationship is about to start moving into interesting places. Great stuff!
Posted by Jimtron at 9:56 AM

The dogfight over Mars really stuck with me - a rare example of the heroes genuinely struggling to overcome an enemy squad. It felt like a refreshing change from cartoons where bad guys usually topple like dominoes, and did a great job of raising the stakes of their mission.

I noticed this lapsed a little as the second season progressed: Neo e-frames would explode at the slightest blast, often several at a time. Economy of storytelling, I guess - you can't have a 5-minute dogfight every episode - but it was a shame to lose that sense of realism.

e-fleet was building the arhnum class how many did they build on io with exo-techs and probobly the people they rescued from venus used as a work force? captain furlong said they were "just" making the fleet pretty! i might stage a insane revolt too if i had to wait years and worry about my family? wish they told in the show about the stuff they built on io in more than a year on io like probobly the awesome giant weird e-frame? to makeup for fleet losses?

You have a serious misread of Phaeton's character. While I like these episode synopses, I can't help but notice how much you comment about Phaeton's 'ego.' Considering that he's not building statues of himself everywhere, I don't see where you get this idea. Everything he is doing is for his race, not himself. If he was in this for ego, don't you think he would have bothered to upgrade himself from Governor General to Emperor?