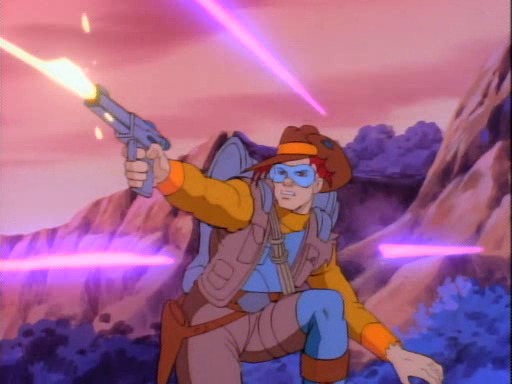 "I've seen people sell their souls for a crust of bread while they waited for Exo Fleet to help, while the Neos killed my family!"

The ninth episode of Exo-Squad, and the conclusion to the Veil of Doom plotline, is Sabotage. Nara finds the Venutian resistance at the Snake Tree, but they've gone to do their trade. She gives them what food she has and races to the rescue. The Neos had no intention of making good on the trade anyway, and the resistance escapes after a brief firefight. They capture Algernon and convince him to work with Exo-Fleet, in time to save the fleet from the fully armed and operational GRAF shield. The Neo fleet surrounding Venus is crushed, the civilians of Venus are evacuated, and the resistance gets enough food to keep them going for at least a little while. 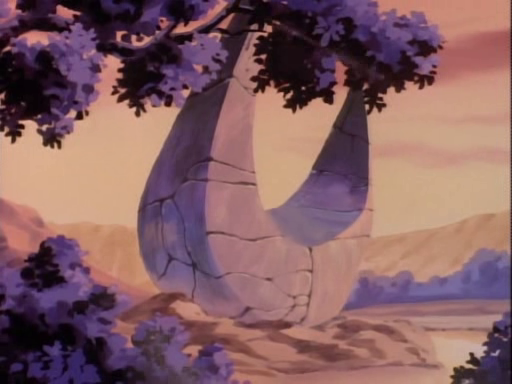 What works: Venus feels like a real place. I like things like The Snake Tree and The Spires of Selene and Port Russell (GRAF shield location.)

Algernon continues to be a great character. I love his reason for defecting. "I offered my inventions to Exo Fleet, they said they were 'too expensive.'" I can totally buy that. He cares nothing for their "petty wars" and just wants to do his science, but after he's barred from his own lab even he can read the writing on the wall. 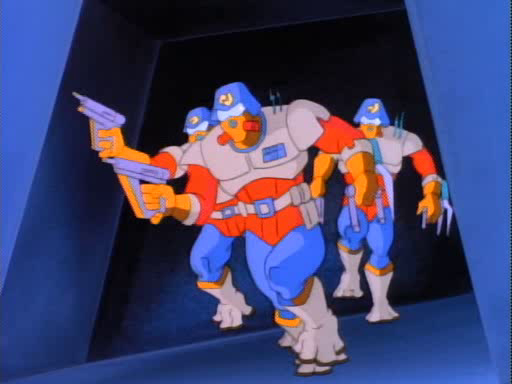 I rather like the visuals of the Neo Sapien stormtroopers. The bayonets affixed to their arms are neat, and the gas masks give them an ominously de-humanized (de-neoized?) look. They also imply that the Neos (or possibly the Exo Fleet) regularly use gas attacks, though this isn't a promise the series will deliver on. We've seen them before but they feature especially prominently in this episode. I had been hoping for action figures of them, possibly in the Jump Trooper line. There were canceled prototypes for Winfield (possibly young Winfield) and jetpack James Burns, so this wasn't an unreasonable hope. Alas, the toy line never really excelled. 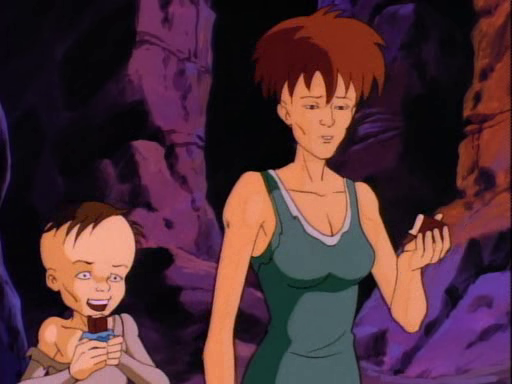 Starving Venutions continue the trend of a very, very dark series. Sure, they're evacuated and/or fed in the end, but the visuals pull no punches with skin-and-bone kids with distended bellies. It makes one forgiving of a resistance willing to trade allies for food.

The show continues to educate. Marsh quotes Napoleon. "An army travels on its stomach." 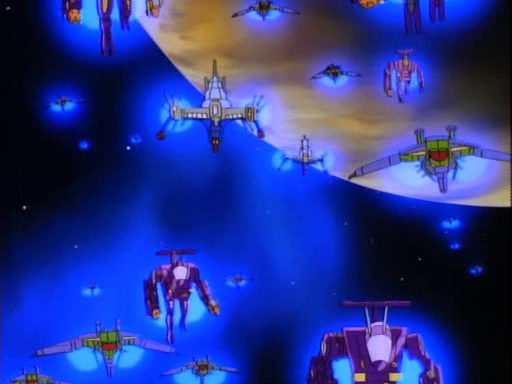 The space battle is very cool. It's clear, both from dialog and from visuals, that this is actually a pretty minor skirmish. Still, the visuals are dynamic, and the tactical situation easy to follow. I especially like the ominous exchange between members of Able Squad, to the effect of "they're running!" "No, they're regrouping." "Then why aren't they attacking?" Why, that would be because of... 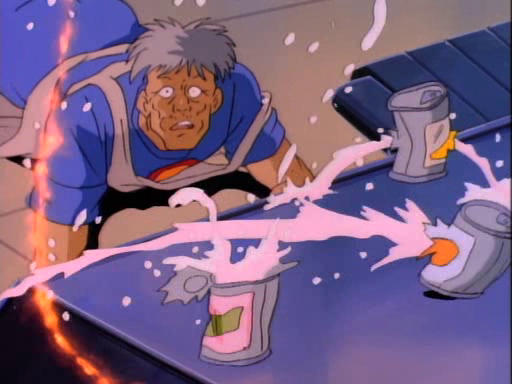 The GRAF shield. It's finally seen in its full glory here, crushing a couple of damaged Exo Frigates before Algernon corrupts the targeting system and wipes out the Neo Sapien Venutian Fleet. I love little touches like watching cans of food popping on the Resolute before the shield is redirected. Also, points to Draconis for being overly literal: "the Exo Fleet shall be crushed." 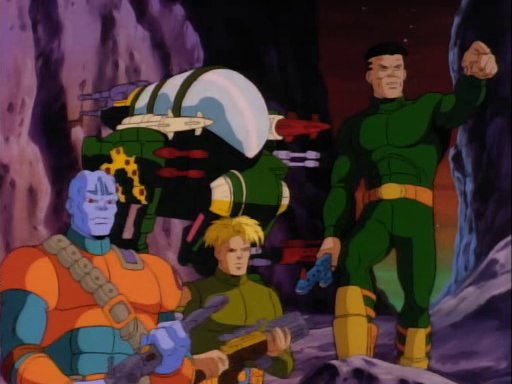 Marsh and DeLeon are STILL out of uniform, three episodes and running. That's some nicely consistent wardrobe there.

Finally, after getting outmaneuvered and outclassed for eight episodes, it's nice to see a big solid win for the forces of light. Algernon taken back to Exo Fleet, the Venutian civies evacuated, the Venutian resistance able to eat, a Neo Fleet wrecked, and GRAF taken out of commission.

What doesn't: Marcus continues to grate on me. "I thought YOU said Venus was lightly defended" he whines, and yet next episode he's spoiling for a fight. The character is just too broad for me. 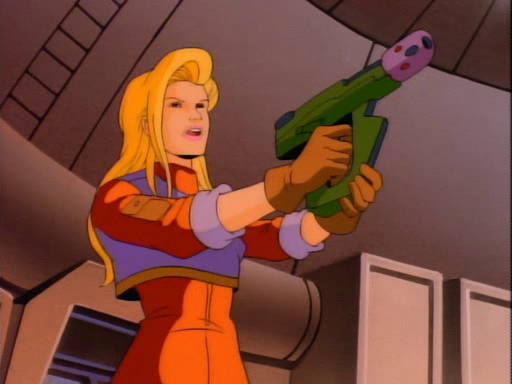 Diana's storyline (and, indeed, Diana herself) ends here. She tries to grab Algernon and run, only to be captured and (presumably) executed. While this does push the plot forward, gives Algernon motivation to defect back to the side of humanity, it ultimately doesn't feel very satisfying. She earns a quasi-forgiveness from Marsh, but her main detractor DeLeon is silent on the issue. It feels like the writers had an interesting idea for a semi-understandable collaborator, but didn't quite know how to end it. Possibly a less noble ending might have played more real, or perhaps just a more ambiguous one. 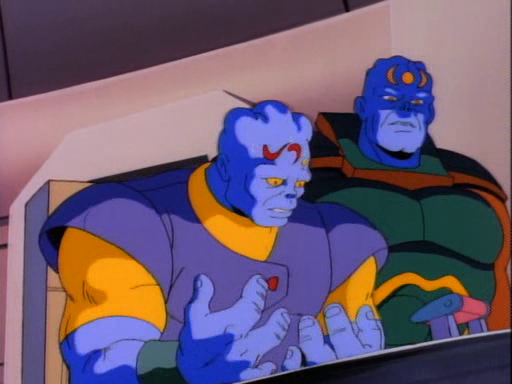 Xenobius is a little too incompetent for my tastes. He seems genuinely unsure if he could even turn on the device. As Algernon quipped last episode, "I thought you alpha Neo Sapiens were supposed to be intelligent." Given that Neos are supposed to be smarter than Homos (snicker) anyway, the A-class should really be better than he is. (Alpha Neo Sapiens are an idea from the series bible that only ever gets flirted with, to my recollection.) Great emoting and body language for him, though.

This is a nit, but it appears that the episode ends with the Resolute unchallenged in orbit above Venus. It would have been nice for at least a perfunctory line of dialog explaining that they didn't have time to take advantage of this very strong tactical position. That or have them take a few potshots at Neo bases from orbit. The implication was that the Neo's control of space greatly facilitated their conquest of the Home Worlds. While I can easily imagine why that wouldn't be the case here, it'd have been nice to see it nodded to. 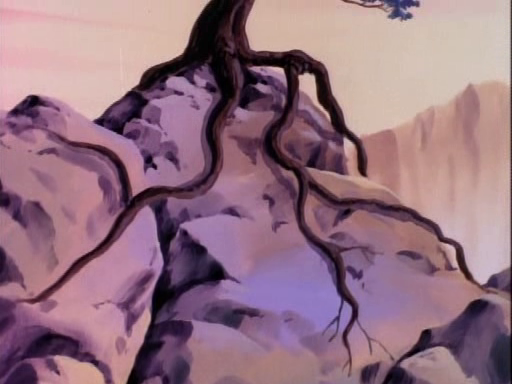 Watch for: Algernon and GRAF technology will both continue to play a role in S2, though we won't hear from them for the rest of S1. So will James and the Venutian resistance, though that's less of a surprise.

The lose of the Neo's Venutian space fleet will be important in S2 as well, though to my recollection that won't be spelled out.

Oh, and we will be seeing the Snake Tree one more time.

Overall: Basically a satisfying conclusion to a multi-episode arc. The emotional core of the happenings on Venus works. A few details don't, the biggest of which is the Diana plotline. It also continues the worldbuilding that makes this setting so compelling. By now we've got a pretty good idea of who Marsh, Burns, DeLeon, Marsala, and I suppose Bronsky are, and some decent hints as to the rest of Able Squad. Takagi and Weston will shine more in the next arc. I don't think we really get inside Torres' head until S2. And finally, this episode gives some real hope, a refreshing burst of optimism amid the bleakness that works surprisingly well.

Of course, the next arc takes that optimism and then stamps a four-toed boot on it! I'll be sticking around for it, naturally.
Posted by Jimtron at 7:00 AM