"The mines, and miners, of Tethys were abandoned. From the struggle to survive, the Pirate Clans were formed. Metals were dug, ships were built. Whatever else the clans needed they took from the Homeworlders who had lied to them for decades."

The Embassy is the fifteenth episode of Exo-Squad, continuing the initial kick-off of Season 2. The focus is solidly on Marsh and DeLeon, and their mission to enlist the pirates. They see first hand the enmity between the Clans and the homeworlds, but do their best to secure an alliance. When Typhonus shows up to do the same, things seem desperate. Meanwhile, the arrival of Burns and Weston kick-off another space battle, and the resistance leaders are understandably reluctant to put themselves under Exo-Fleet command after operating independently for so long. 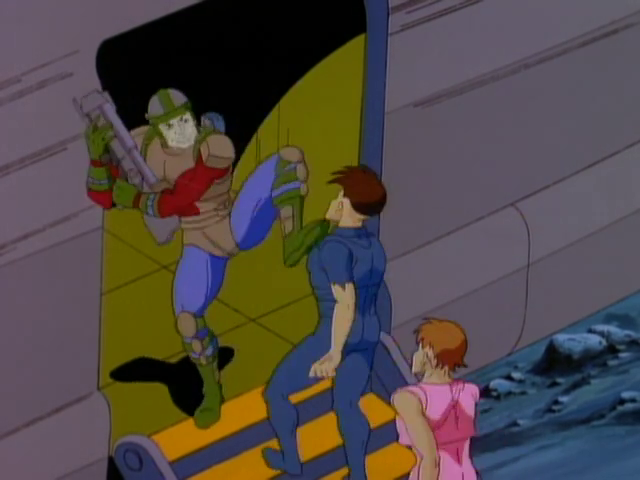 What Works: This episode is all about the Pirates, so it's important to see things from their point of view. This episode manages to keep what we know about them (brutal, ruthless, generational hatred of the Exo-Fleet) and yet give them a POV that's sympathetic. Their backstory, as convicts cruelty abandoned on Tethys, is heartbreaking, and pretty much gives them a pass on their years of raiding of homeworld craft. It's just a great backstory, and tying it into the Neo Sapien uprising makes the universe feel consistent. Seeing infant, then young adult Simbacca is pretty cool too. 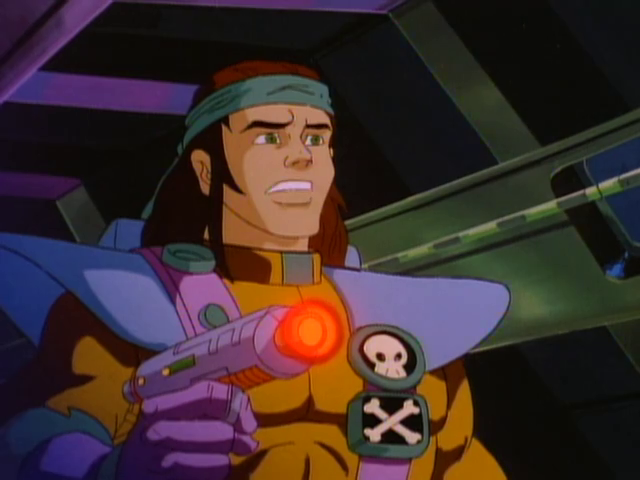 It also helps that we meet a fourth named Pirate character, Hollis. He's obviously young and inexperienced, and nearly walks in on the end of Barca's illicit chat with Phaeton from the end of the last episode. He's easily the most relatable of the big-four Pirates, though we're just getting to know him here.

The antipathy the Pirate crowds have for the Exo-Fleet is palpable and very well done. I love someone in the crowd shouting "Remember Enceladus!" That feels very real.

There's also a brief ambush where an ENORMOUS pirate and three compatriots waylay Chubail and Marsh. Chubail decides to just step back and see what happens. What happens is that Marsh and DeLeon take them apart in a fight that's as short as it is vicious. In less than 20 seconds four pirates are on the ground. 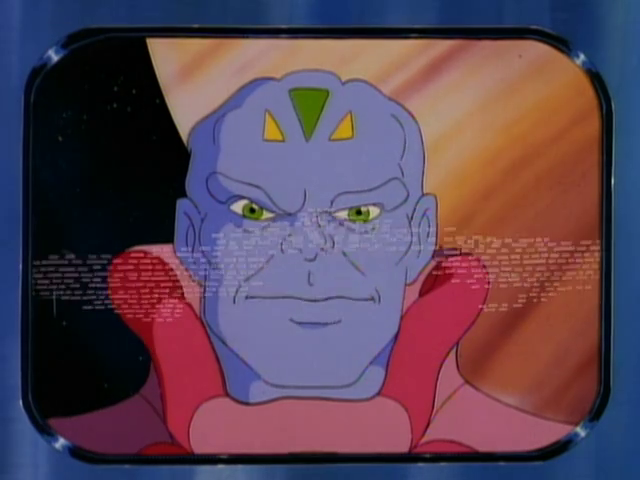 The ending, too, is fantastic, with Typhonus' smug face appearing on the monitor with an offer of friendship. It really feels like things can't get any worse for our heroes than this.

Speaking of, Typhonus wants to try to overwhelm the GRAF shield and Phaeton nixes the plan. I like that Phaeton is wrong occasionally. Setting up a blocade is a good compromise, though. "The Exo-Fleet must either starve or run," Phaeton correctly observes. 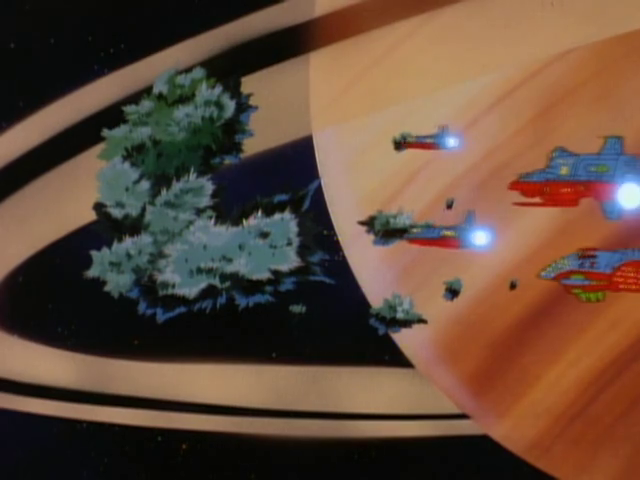 I love the visuals of Tethys in this episode. It looks completely different than the last time we saw it, which is I suppose a continuity error, but this is a much more interesting interpretation.

The Takagi/Weston relationship is acknowledged, when Kaz is concerned that "Maggy" is taking fire as she and Burns attempt to run the aforementioned Neo Sapien blockade of Io. This in turn kicks off another very tough fight for our heroes. Nothing seems to be a given these days. (but see below) 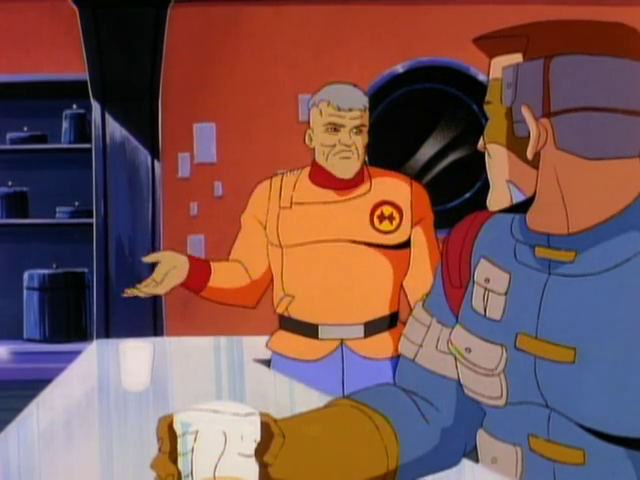 On the resistance side, Napier gets a nice moment when he tells it like it is to the assembled Exo-Fleet brass and resistance leaders. I especially like that he retreats from this arena and winds up back in a bar. Old habits and all that.

What Doesn't: Winfield bluffing about the GRAF shield (and the clueless trooper who nearly gives it away) seems like an awfully big risk. It's consistent with the character, a known softie, but if the Neos figure out the shield is down, that's it for humanity. 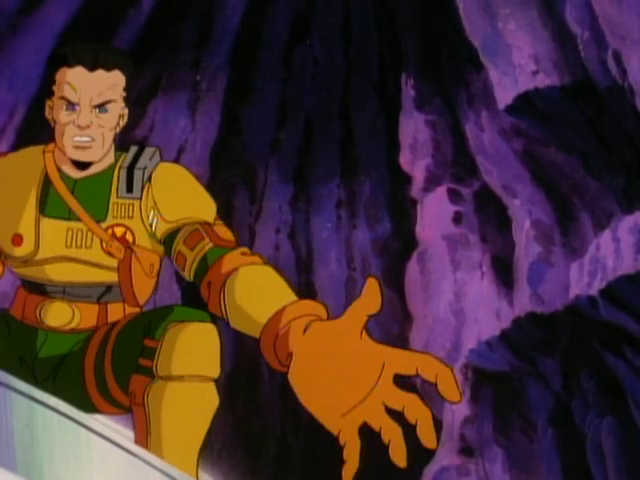 The trial by combat between Chubail and Marsh feels forced to me. I can just about give it a pass, given what we know of Pirate society, but then Marsh in the end refuses to slay Chubail and thus seemingly costs the Exo-Fleet the alliance. This feels like Saturday morning cartoon morality, not the grey areas this show has been routinely delivering. 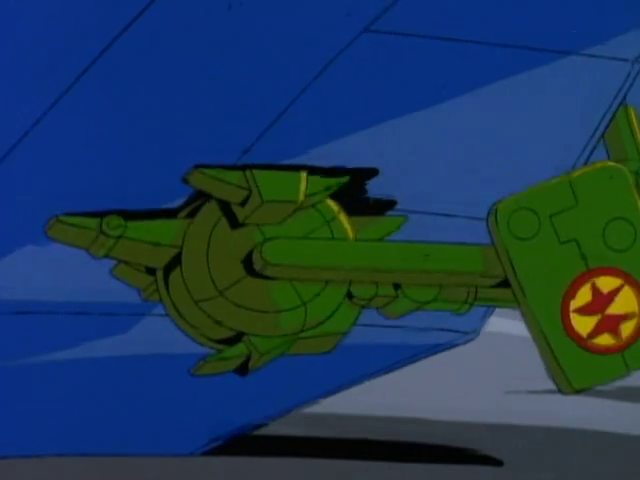 I don't think it was necessary to have Napier join Marsala as gunner. He's pretty strong as a quasi-political figure this episode, he didn't need the extra cred as an e-frame pilot too.

Watch For: Most of the hooks in this episode are the obvious ones. It's nice that Phaeton remembers (and is still stung by) the loss of his Venutian fleet to a GRAF shield. "Draconis' blunder on Venus" are the specific words he uses.

Bio: This episode introduces a new segment, character bios. We get Marsh, but it's mostly a rehash of what we already know. Noretti is in it, and Marsh's feelings about flying from Betrayal are reiterated. This feels like killing time more than anything else.

Overall: Things are still going strong. The Pirates continue to be fleshed out, having come a long way from the two-dimensional caricatures they were for the first three episodes of season 1. This season continues to deliver.
Posted by Jimtron at 1:59 PM