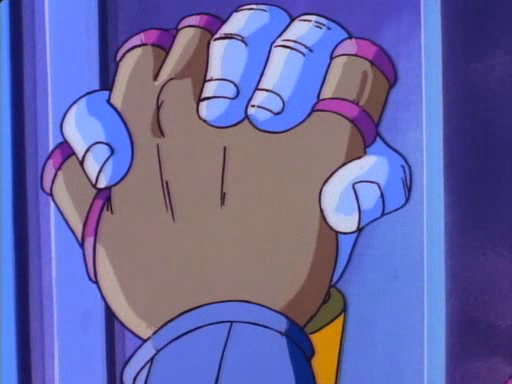 The penultimate episode of season 1 of Exo-Squad is Betrayal. Marsala half-convinces Phaeton he's switched sides and effects the capture of his squad. Phaeton even uses a mind probe on Marsh but isn't 100% convinced, prompting Marsala to offer to execute his former squadmembers. This is the crux of his ruse, and once armed he and Able Squad secure Phaeton inside the Brood Center. Meanwhile, Winfield does his best to get his people extricated from the battle and orders the fleet to limp back to Io, though he allows Takagi and Weston a scout ship to attempt to retrieve their squad.

What Works: This is another powerhouse episode, with just about everything working together as a seamless whole. While most of the emotional weight of the episode (and hence my summary) is down on Mars, about half the episode takes place up in space where there's quite a lot of action to be had. 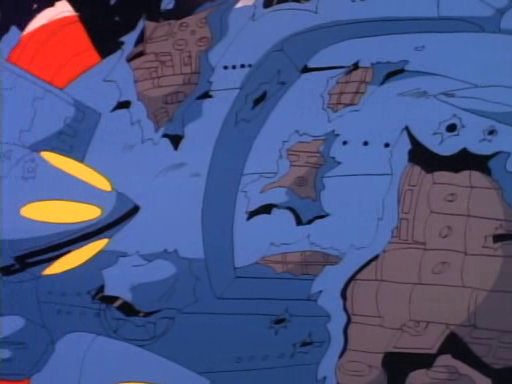 The show opens with a quiet panning shot, no music or fx, of a very damaged Exo Fleet vessel. Then it explodes and the music and battle fx start up and we realize that the Exo Fleet is still being hounded. It makes sense, Phaeton would press his advantage, and it affords the opportunity for some great space battles. But just the opening is beautifully done.

Phaeton directs the battle from Earth dispassionately. When four Exo-Troopers are reported captured, he inquires as to their rank. Discovering they're not officers, he casually orders them disposed of. (Though see below.) 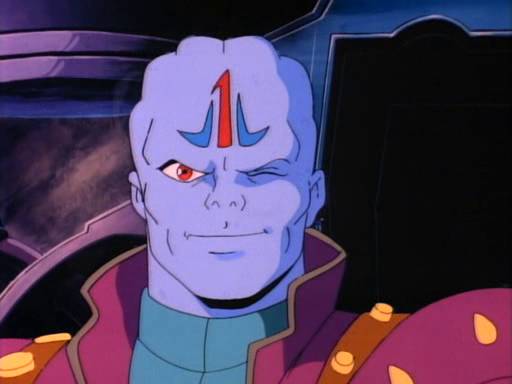 Marsala is the true star of this episode. He plays Phaeton's ego perfectly, flattering without flattery. His impassioned speech to the apparently about-to-be executed members of Able Squad is so good that I feel compelled to reprint it in its entirety: "You Terrans have never seen your brood mates sold, beaten, mistreated, treated as cattle and worse. Created as slaves, but with a will to be free. Forced to work, to suffer, to die in horrible conditions for Terran greed. Denied even the right to speak up against such tyranny. This is what I've been through. Speak not to me of loyalty. I am a Neo sapien. Created by Terrans, feared by Terrans, abused by Terrans, but no more! My place is with Phaeton, and yours is in extinction." Then the quick wink and smirk he gives Nara after... just perfection. 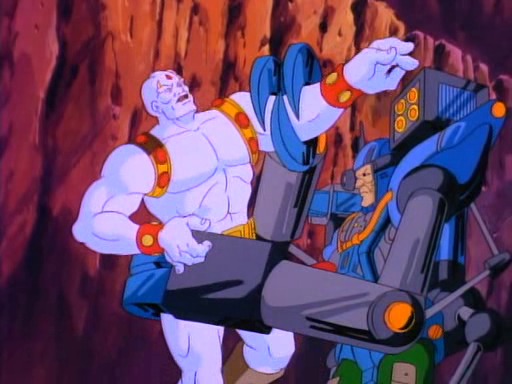 We see a little more of the first Neo Sapien Uprising. Phaeton was one of the lynchpins of the failure, getting captured (by a young Winfield) and forced to out the leadership, which included Marsala. This shared history gives additional weight to the Phaeton/Marsala dynamic. It might also explain Winfield's tendency towards over-reliance on e-frames, some mix of nostalgia and operational familiarity.

The title is great because it works on multiple levels. Certainly, Marsala's apparent betrayal of his team is the obvious one. His betrayal of Phaeton at the end is another. But Phaeton, too, betrayed the rebellion fifty years ago. 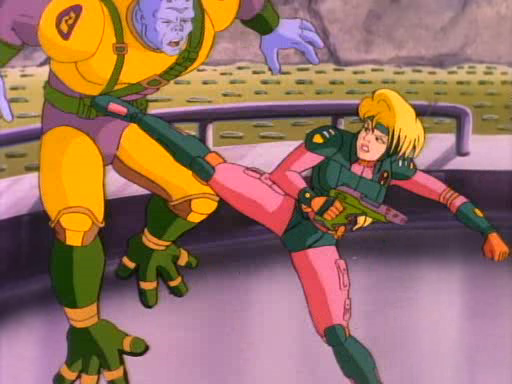 The fight at in the Brood Center is another really well choreographed battle. Everything works, but I'm especially partial to JT rushing a guard and Torrez catching his flying weapon, and Nara's spinning kick wherein she appropriates a different guard's blaster.

I like that Phaeton, flattery aside, isn't easily convinced. First he trots out the mindscan, and even then he (correctly) observes that this only proves that Marsh BELIEVED Marsala a traitor. 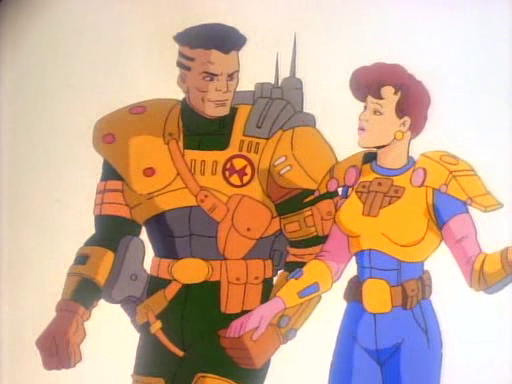 Speaking of the mindscan, Noretti shows up again. JT is still feeling guilty about her demise. I also rather like the nightmarish vision of Marsala and Phaeton lurking in his subconscious. 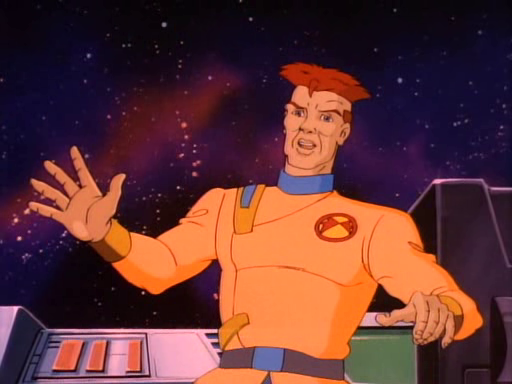 Winfield taking over the Exo-Carrier Dominion from Captain Furlough was rather satisfying for the viewers. (But see below) Furlough is never seen again; in my head cannon, he's executed as the mutinous dog he is. As the apparent highest ranking mutineer left alive, that's only apropos.

What Doesn't: This episode has a number of animation errors, including Marsh sitting on an invisible mind probe and Phaeton's tattoo being partially missing.

Phaeton is apparently commanding the battle remotely from the Brood Center. It's odd that he's not out in space with his fleet, or at least in his Martian White House. Presumably he flew here to confront Marsala, though it's have been more logical to bring Marsala to him. 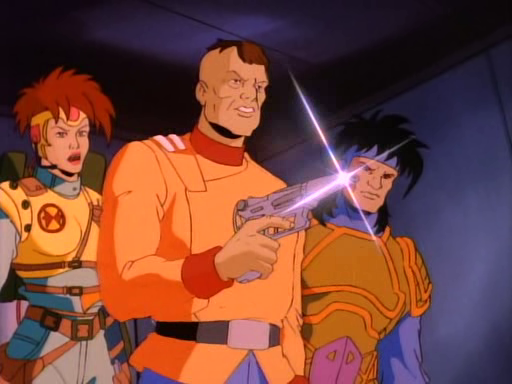 Winfield apparently lands on a ship, takes off again in an e-frame and rejoins the battle, and then commandeering Furlough's ship. It's an odd sequence of events, especially since we've never seen him in a 'Frame before or since. Though I'd have given it a pass if we'd ever gotten a proper toy of Winfield with this mech. 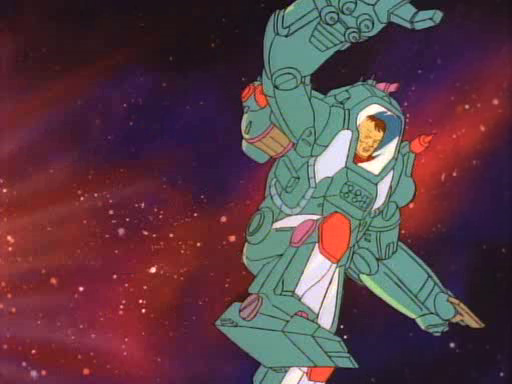 Speaking of, Winfield's a bit of a softie, huh? There's no way I'd have let two pilots go on what really seems to be a suicide mission after the losses he took.

Bronsky apparently gets shot in the gut, and yet moments later he's cannonballing a Neo off a catwalk. I guess he was wearing body armor? But why allow prisoners body armor. 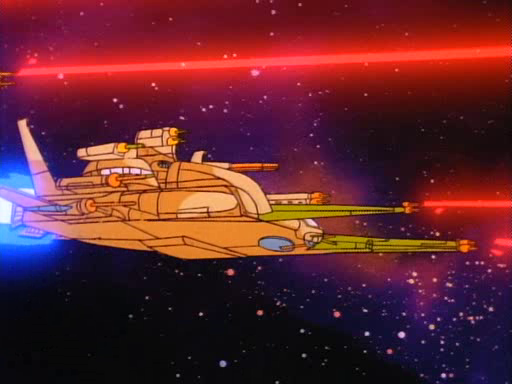 I'm not quite sure I bought that Kaz allowing their scout ship to get shot and playing dead was a winning strategy. Since we'd seen that Phaeton was looking for officers to capture, that was a hell of a gamble. On the other hand, those Sloop-class vessels look really awesome. I'm guessing these are the equivalent of something like a PT boat. I'm also a bit unconvinced by the Kaz/Maggie kiss at the end.

Watch For: This whole episode is setting up the finale on Mars. There aren't a lot of seed sewn beyond the obvious ones. The Kaz/Maggie relationship will endure (a bit) beyond the season.

Overall: The show continues to be an outstanding example of what to do right. The pacing was terrific, the action pieces exciting, and the emotion very real. Characters emote through voice, face, and body language. The ship and mech designs are neat. The stakes keep getting ratcheted up. One more episode to go in this season!
Posted by Jimtron at 4:10 AM

The gray ground assault e-frame at the beginning of the episode was the epitomy of 'bad-ass bystander'. And she wasn't from Able Squad! Aside from shooting down a Neo's homing grenade attack, the unnamed female pilot actually caught an incoming mace missile and swung it back at the shooter!
Was very tragic for her to get destroyed on her second outing. Most of the time, when e-frames from other exosquads appear, they die really quickly. Like the 'other CTU agent' accompanying Jack Bauer who never gets off a shot at the bad guys before dying in 24.