Review: Exo-Squad Season 1 Episode 7--A Traitor Among Us 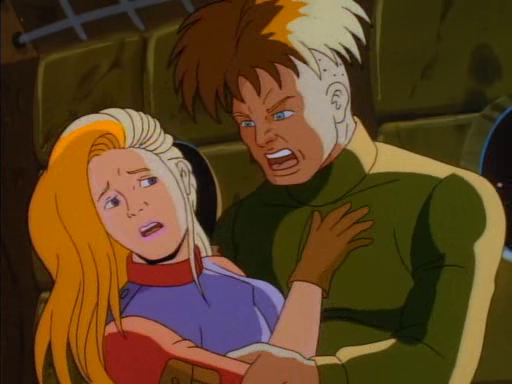 "Is your friend's safety worth the enslavement of three planets?"

Exo-Squad's seventh episode is titled A Traitor Among Us. It continues the second storyline, called Veil of Doom in some promotional materials. Unable to leave Earth to pursue their mission, Able Squad risks breaking into a Neo Sapien facility to get a report off to the fleet. When Diana surreptitiously frees Dr. Xenobius, they have little chance to effect their secondary objectives of destroying the GRAF generators and instead hatch a risky gamble to get exiled to Venus. Things look bleak (metaphorically) when they discover that those 'exiled' are actually dumped into the sun! Meanwhile, Nara is determined to find a way to get to Venus. Marsh's report gives her the chance, and she goes AWOL during a recon mission. 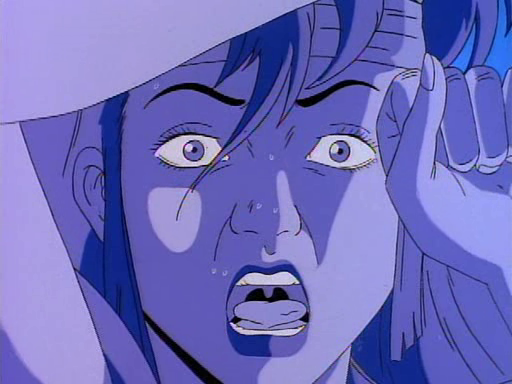 What Works: The episode opens with a rather effective dream sequence from Nara. Most of the imagery is grounded in reality, though it does end with a nice shot of her getting blown away when her farm explodes. The whole thing is a good impetus to her actions later in the episode.

During the break-in at the communications facility, there are some nice character moments. Marsala seems slightly surprised and slightly relieved that they weren't expected, no doubt because this plan didn't involve resistance assets or assistance. DeLeon is slightly chagrined at JT's imperious nature. DeLeon gets them out of a jam by blowing up a wall, and Marsala displays his incredible strength.

During the same break-in, there are some nice visual moments as well. We get a very nice close-up of Neo Sapien eyes dialating wide to let them see at night, and there's a very well-done fight between Marsala and a guard done mostly as shadows on the wall. Ambitious directing for kids TV.

I like Nara's decision to go AWOL, and subsequent execution of said decision. Though if I were Winfield, I'd probably NOT have assigned the mission to someone with an emotional connection to it. Not a bad, though, he seems like someone with a soft touch. I love the slow pan up her body when she lands, hair whipping in the breeze. The actress nails the line, "Wrong, Torres, I'm going home."

Napier remains one of my favorite characters. During his torture, he manages to reveal nothing of consequence. When Able Squad moves to rescue him, his first instinct is to rally his fellow prisoners, which gets him a rifle butt in the back. Undeterred, he tackles an armed guard two feet taller than him without hesitation to stop them from shooting up his rescuers. I love that kind of grit and determination, and can see why he is where he is in the resistance.

The dark imagery I like so much is on full display here. We get barbed wire fences. We get babies being dumped into the sun. We get implied torture. This isn't a very nice war. 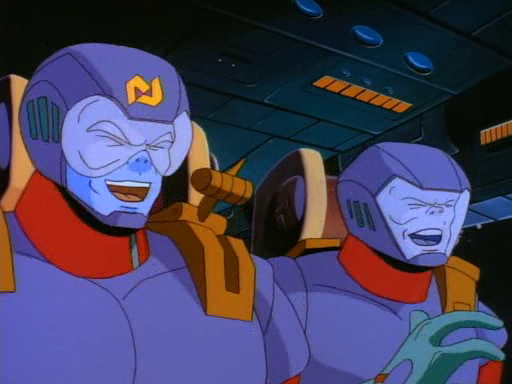 The Neo Sapien pilots are delightfully jovial, getting banter like: "Another sacrifice to the sun god." "More garbage for the incinerator." It's really rather chilling if you stop to think that they're executioners, and yet I can totally believe that pilots (homo or neo sapien) in this role would quickly get over it.

The subject of exile gets a decent examination. Alex muses that putting malcontents together is a recipe for trouble, which causes JT to wonder if the Neo Sapiens were really as smart as all that.This pays off shortly thereafter when those pilots loop back around to the subject, dismissing terrans as fools for believing the story. "The exile of prisoners is not logical." 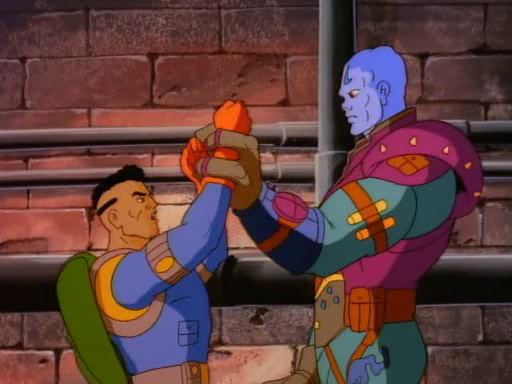 The tension between resistance and Exo Trooper remains high, climaxing with an appropriately lopsided fight between Jinx Madison and Marsala. Marsala does nothing more than restrain and calmly debate Jinx, which of course makes things worse. Diana picks this time of distraction to free Xenobius. It works for me, because of course everything is so bootleg in an underground outfit.

What Doesn't: Once again, what doesn't work is mostly nitpicks. Diana's overreaction to 'discovering' that Xenobius is free is comically bad. 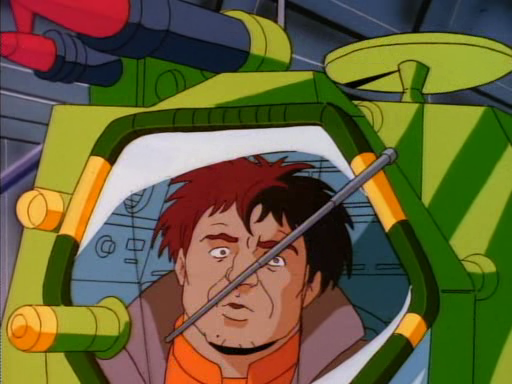 Bronsky as comic relief, in an unfamiliar e-frame, is perhaps a little clumsy. Having said that, as low man on the totem pole, we'll see him get non-preferred frames again in S2. On the other hand, "your mental imaging represents an impossibility, operator Bronsky" is one of the funniest lines of the series.

JT's quip to Alex about having any "bright ideas" is painfully bad. I also found his used-car-salesman smile when pitching the exile plan a bit over the top.

Alex blows up his e-frame when they sneak into deportation. This seems like a waste of valuable resources. 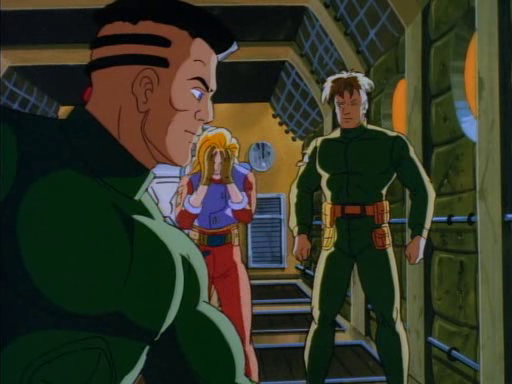 Watch For: Diana's breakdown after it's revealed that they're being dumped into the sun seems extreme... until one remembers from last episode that her whole motivation for turning traitor was to be reunited with her 'exiled' family. Then it all falls into place. Alex's rage at her is also nice. This pays off over the next two episodes. There's also a nice Noretti namecheck in this scene. 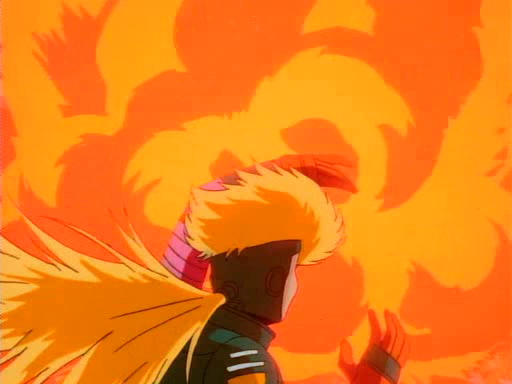 Overall: This is perhaps as close to a perfect episode as we've yet gotten. Almost everything works. Nearly everything introduced gets some payoff, and the rest gets paid off soon. The stakes are both high (energy shields will free up the Neo Fleet to hunt the Exo Fleet) and intimate (heroes going into the sun, heroes betrayed, heroes captured and tortured, heroes determined to return home no matter the cost.) The imagery is dark but realistic, and even the directing is interesting. This feels like an episode in a series that has hit its stride.
Posted by Jimtron at 9:35 AM