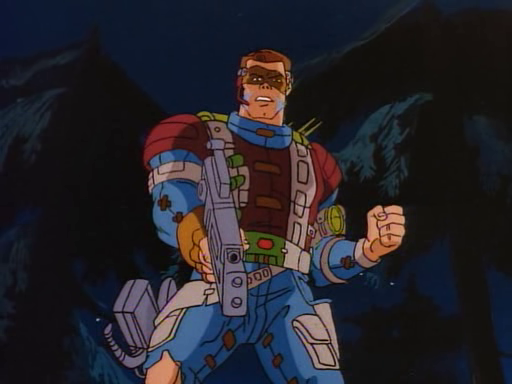 "Neo Sapiens do not change. Our behavior is encoded in the structure of our brains, thus limiting our adaptability. It is our greatest weakness."

Target: Earth opens with a prelude, letting the audience know that we're jumping ahead a year. Able Squad has spent that time in the brig for their insubordination. We then cut to Neo-Sapien occupied Earth, an Earth were Tokyo Rose-style broadcasts and traitors within the resistance are commonplace. Marsh, DeLeon, and Marsala link up with the resistance to try to, ostensibly, destroy an energy shield surrounding Earth. Actually, though, they're here to capture it's creator. Things get complicated due to Diana, a reluctant informer in the resistance trying to keep her husband and child safe. The further revelation that the Neo Sapien Dr. Xenobius did not in fact invent the GRAF shield apparently scuttles their mission. The human whose work he's taking credit for, Dr. Algernon, is on Venus, and the GRAF shield leaves no way on or off Earth. 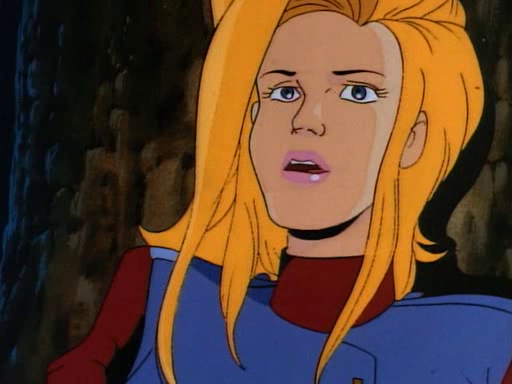 What works: The overall theme of the episode, humans working with Neos, comes across very well and in a variety of ways. The obvious ones are Diana and Amanda Conner, but also keep in mind that Marsala is the mirror image of this. Amanda seems to be a true believer, whereas Diana is strongarmed into assisting the Neos by blackmail. Both work very well.

On the subject of Marsala and the resistance, Marsala offers Napier a hand, and he refuses the gesture. A nice bit of consistency, and it's mostly in the background. 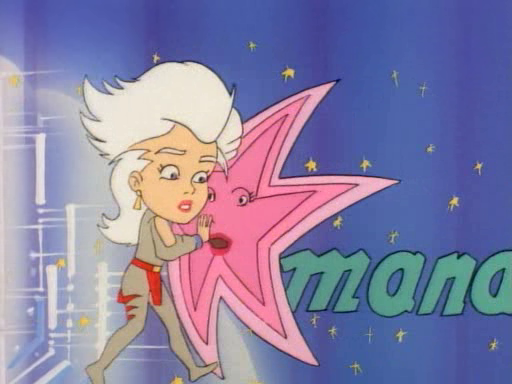 This episode especially made me appreciate the economy of telling a grand space-opera show in 20 minute installments. I especially appreciate the bit with Xenobius in his lab trying to figure out the GRAF shield. It's an odd scene at the time, but has great payoff at the end of the episode.

Speaking of, the GRAF effect is very cool, crushing an object in space remotely. 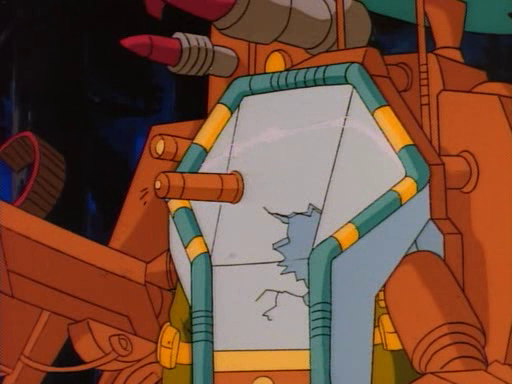 It's a nice touch that the e-frames used by the resistance are so damn beat-up and battered. Of course they would be. It's a nice contrast to what we see out in space with the fleet.

The bit of interplay where Marsh and DeLeon discuss the possibility of executing Xenobius--right in front of him--is also nice. It's not clear if they're just playing headgames or if it's a real conversation, an especially nice bit of ambiguity. 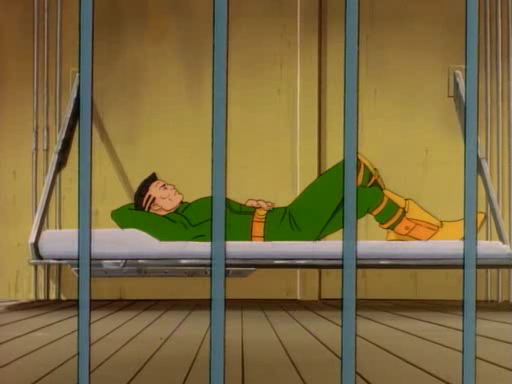 I also like both the time-jump and the rational behind it. Having the squad spend a year in the brig is a good reminder that actions in this universe have consequences. Breaking JT out of the brig, even if it saves the fleet, doesn't excuse his squad from breaking the law.

What doesn't: Alice Noretti is pretty much a hi-and-by character. As nice as it is to live in a universe where people can die, it's an odd element to have here. It also doesn't seem to add much to THIS story and its themes of collaboration and compromise. This element might have worked better--a LOT better--if Noretti was one of the members of Able Squad in the first arc. Maybe bring in Takagi to replace her, the whole point of him is that he's new. 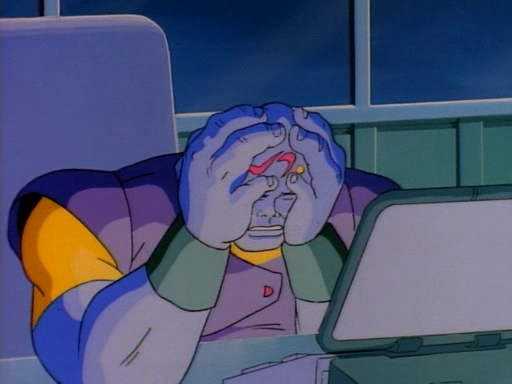 Shiva comes across as a cartoonish villain when he tells Xenobius that he's dead if his GRAF shield fails. That doesn't seem like the actions of a race of logical supermen. Does Shiva even HAVE this authority? Protecting their conquests with energy shields is an ENORMOUS strategic advantage, what would Phaeton say if a top general executed the guy behind it because there were a few bugs? On the other hand, kudos to him for realizing that the craft they destroyed could have been a decoy. Nice to have flashes of brilliance that will pay off for the character later.

It seems odd to me to have Typhonus running around as Shiva's lackey. Some of this is based on my knowledge of what happens later, so it's not an entirely fair criticism. He also apparently dies in the attempt to capture the Exo-Troopers meeting with the resistance, though this may not be an error. 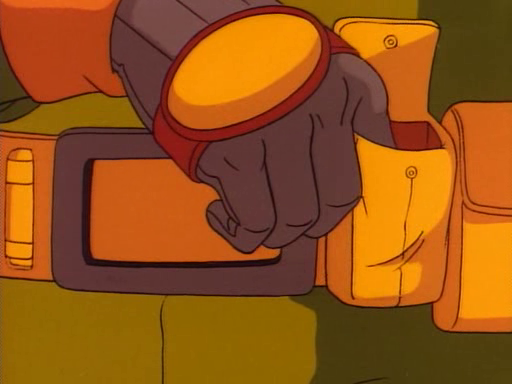 I have a hard time accepting that, given advance knowledge of when and where the resistance would be meeting the troopers, the Neo Sapiens would have ANY trouble apprehending them. DeLeon should have been dead the moment he reached for his flash grenades.

Watch for: GRAF will continue to be an important technology in season 2. 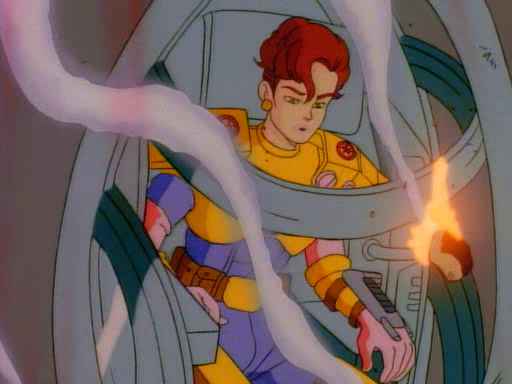 Noretti is gone but far from forgotten. Her presence will continue to be felt for a long time.

Overall: The start of the second storyline in the show is promising. The show continues to be dark, and although there are the occasional bits of cartoonitus (I'm thinking of the ease of our heroes' escape and Shiva's foolish threats) it's mostly a very exciting, very consistent universe.
Posted by Jimtron at 4:19 PM