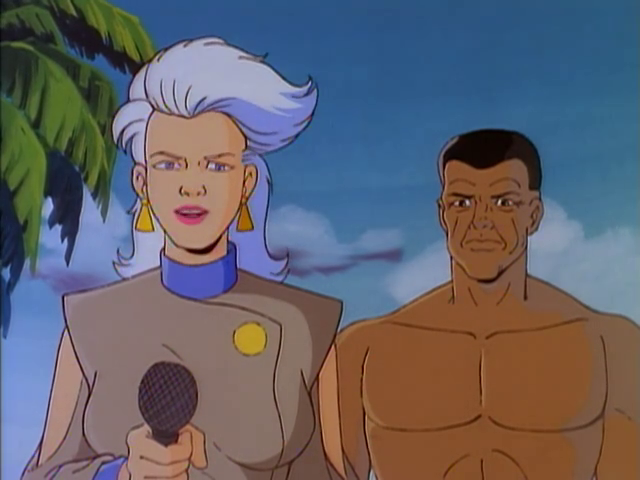 "Play. Over there where the camera can see you. And have fun."

Mind Set is the nineteenth episode of Exo-Squad, and the first episode that takes place in the new status-quo of the season, following the Pirate Alliance storyline. Napier is returned to Earth and given his first mission, to spring Jonathan Perry, the last President of the Homeworlds' Congress. His ex-wife, the Tokyo Rose of the Neo Sapiens Amanda Connor, is on-hand interviewing the former senators for propaganda purposes. Marsh and Napier spring the prisoners and manage to convince the Neos they died in the attempt. Infuriated, Phaeton orders Connor arrested. "No more interviews," he sardonically quips.

What works: I like the basic premise of this episode in theory. Amanda was an element from S1 that was begging for further exploration, and we've seen that Phaeton values the appearance of legitimacy.  Using the prisoners for propaganda feels like something that Phaeton would do. So it all makes sense on that level. The execution feels just a little off, though. I'll get to why below.

The title is also clever. On the most obvious level, the story is very much about Amanda Connor and her mind set. But with the brainwashing of political figures, there's a more sinister connotation. 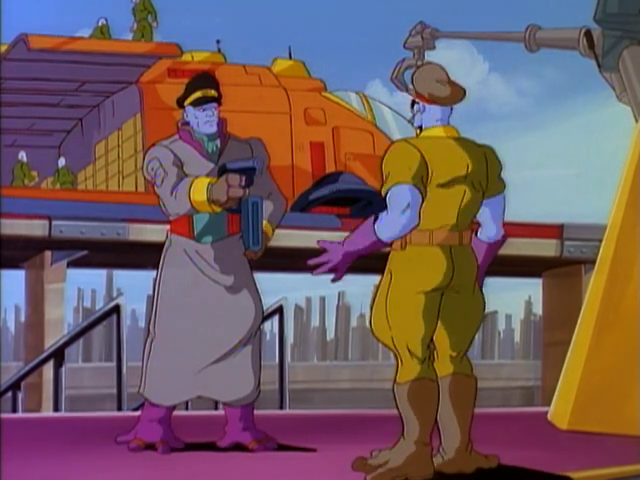 There are some great designs in this episode. The Neo's uniforms have never looked quite so Third Reich before. The trenchcoats, the visored hats, the Jodhpur pants. 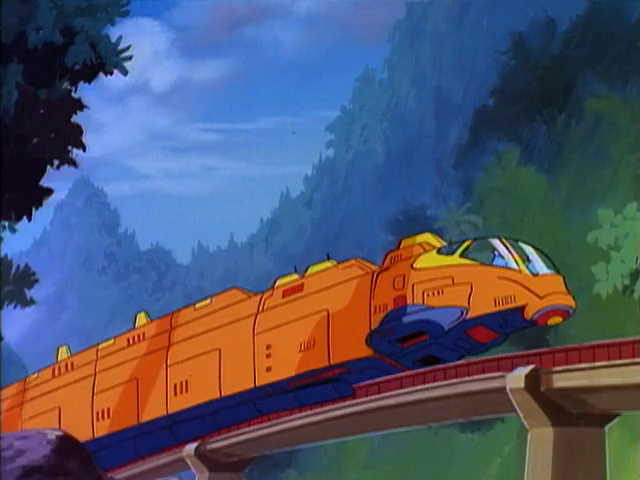 Keeping with the theme, Napier notes that Phaeton "makes the mag-trains run on time," paraphrasing words bandied about in the 30s concerning Mussolini. 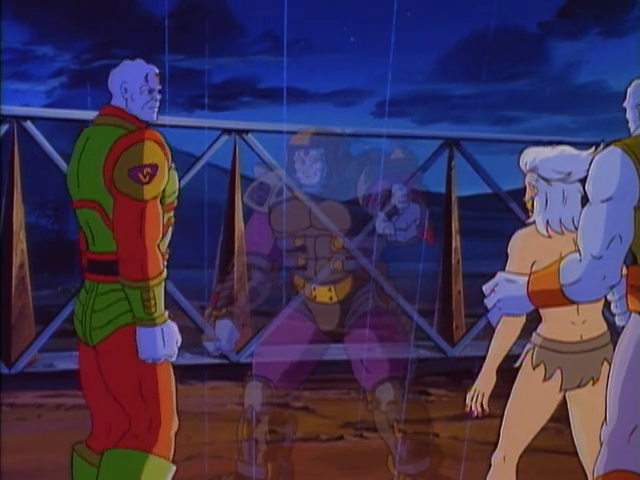 Amanda Connor is a true believer, having a heartfelt conversation with Shiva about how she hopes for a better future and refusing to run away with Napier. I like that there are a few Terrans, even at this late stage in the game, who believe that the Neo Sapiens were justified and that ultimately Phaeton's regime is the best hope of the future. This makes her ultimate fate, imprisoned by Phaeton, terribly ironic. There's a great little visual metaphor, as Amanda Connor enjoys an ocean swim and the shadow of Shiva's vessel passes over her body, that foreshadows this turn of events. 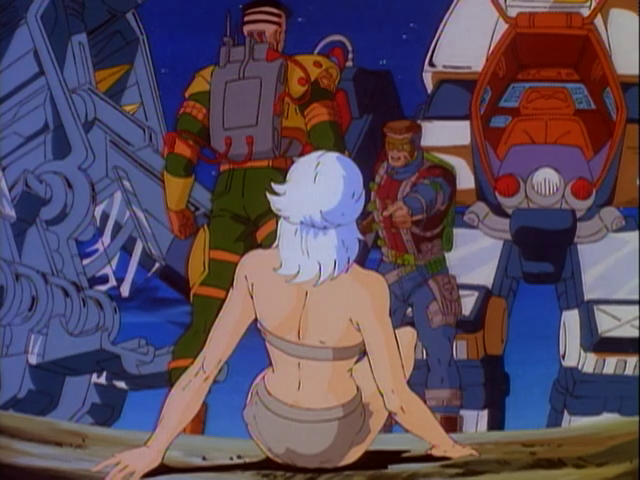 We already knew Connor had history with Napier, now we find out she's his ex-wife. They have a brief but terrific exchange where they bicker about how "Sean never makes mistakes." Very nicely done. 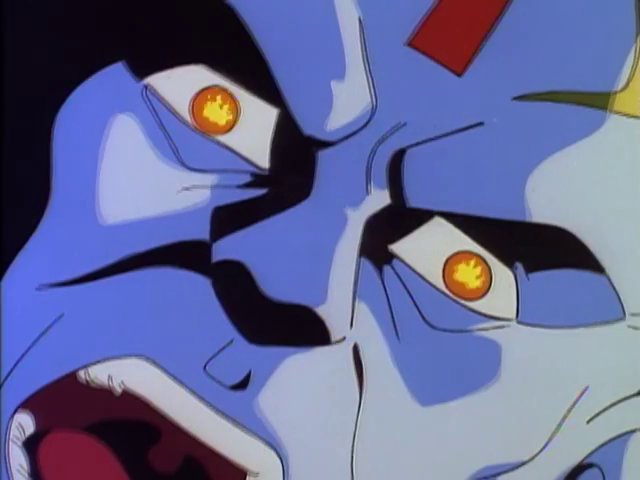 Shiva really shines this episode. His interactions with Connor strike just the right balance. He seems to be an effortless liar. His wrath at the camp commandant for contacting Phaeton is understandable--he clearly wanted to get the situation in hand so he could put the best spin on events for his supreme commander. When the hydrofoil he thinks is carrying the political prisoners blows up, his cry of anguish feels very real. One wonders if he's more concerned about the 20 or so troops he just lost or his standing in Phaeton's eyes. 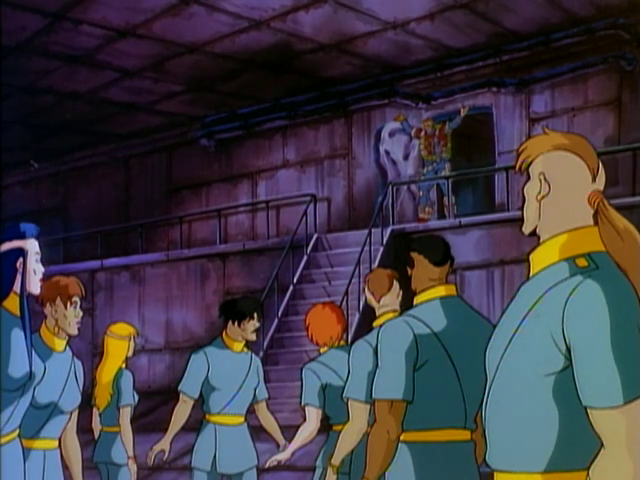 The politicians, once rescued, immediately begin to argue about how the resistance should be run. Of course they do. Of all the events of the episode, this part felt the most real. Napier sets them straight in pretty short order, but who else but a Senator would endure two years of jail and then immediately start to debate how the folks who rescued you SHOULD be doing things? 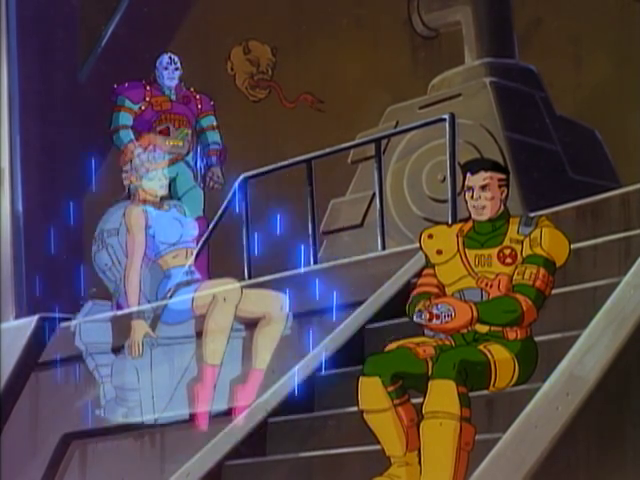 What doesn't: The episode seems to vacillate between how much brainwashing is actually going on. The visuals are certainly creepy, with chairs and limp arms and unidentified hardware on the head. Further, Perry seems to genuinely believe what's going on, crying on cue. He COULD just be an excellent actor, but really, that's a bit much. He also feels a bit off in all of his appearances. On the other hand, the other prisoners muse about how he can tell such obvious falsehoods, and seem to imply that it's all about him being threatened. 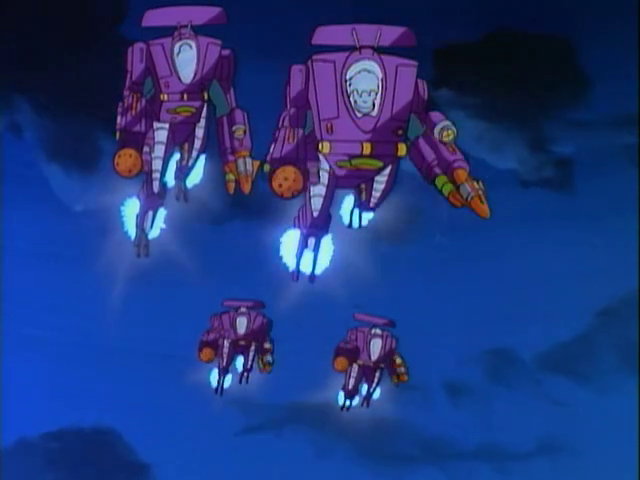 The show has mostly been good about keeping the fights tough and the opposition formidable. This episode breaks that, as four Neo frames face off against J.T. and two resistance members and the good guys suffer no serious setbacks. There's a moment where it appears that Peter Tanaka had just died, but he turns out to be absolutely fine. 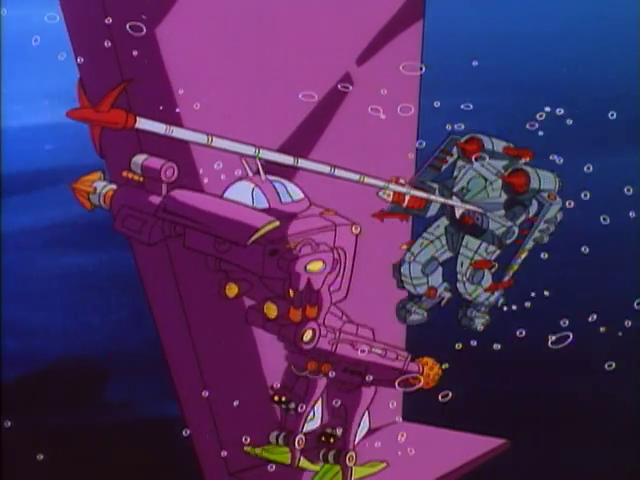 Shiva finds the hovercraft because Marsala disabled a guard and left him an e-frame, albeit one without any weapons. Said guard hitches a ride on the foil and gives us a hand-to-hand eframe battle underwater. The whole situation seemed incredibly contrived. I can just about see Marsala not killing a guard, but leaving him an e-frame? Just sloppy writing.

It's a bit convenient that the very first conversation that Napier zooms in on, when trying to convince Connor that the Neos are irredeemable, concerns the execution of Prisoner 47 (aka Senator Prakosh), whom Shiva had informed her was merely resting following a jet-ski accident. On the other hand, I did enjoy how casually Shiva reduced him from a man to a number. 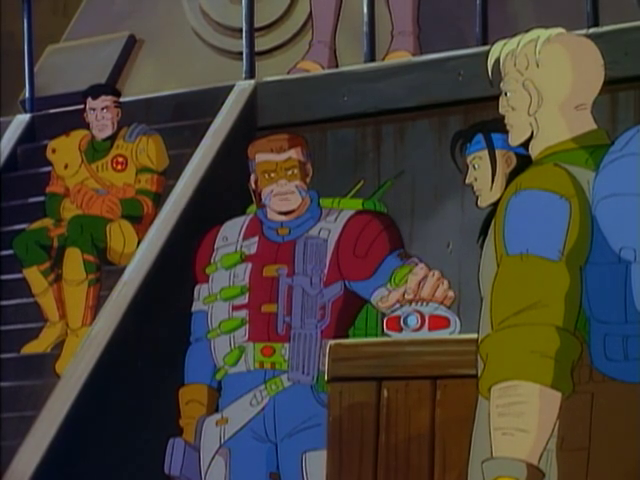 Watch for: There's a cameo for a new resistance member, who we'll come to know as J. J. (Guy on the right.) Cool character, he's the resistance tech head.

Surprisingly, the politicians don't figure in future episodes. (Unless there's a cameo in the last episode that I missed. Possible, but I usually have a pretty sharp eye.) I kind of expected an episode where a brainwashed politician causes the resistance trouble.

Bio: Jonas Simbacca. This one contains a big spoiler for episode 9 of the season, as well as foreshadowing some of what would have been season 3. 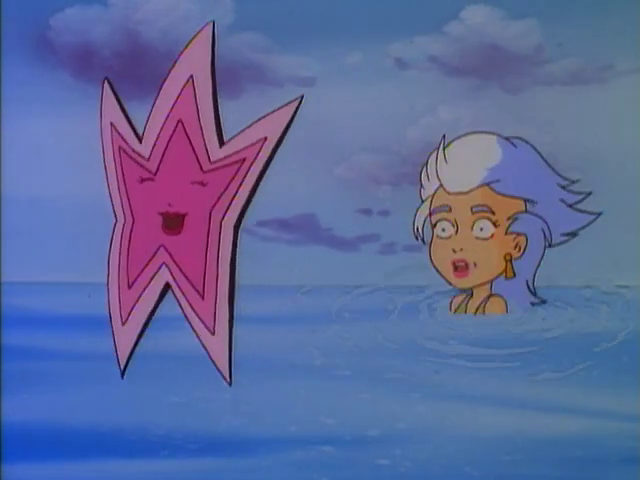 Overall: Not the strongest offering we've had. Once again, this is a stand-alone episode, not doing a ton to advance the plot. There are some great elements here (like, hey, changing the name from Miami to Port Shiva, or the cool shot of a docking bay opening on a cloaked Pirate vessel, or the return of the Amanda cartoon) but it feels like there were too many ideas about what should be happening here that lead to a confusion about what's actually happening. It's still good, but we've definitely had better.
Posted by Jimtron at 12:42 PM