Greetings again, Blogspot readers. I will not speak of the current "Anti-SOPA Anti-PIPA" movements because ... well ... because it is time to speak of Star Wars! (Though, should SOPA and PIPA pass, who knows what anyone will be able to talk about anymore ... )

So 2 weeks ago, when I had my last real post, I said I would talk 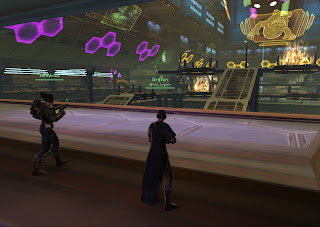 about Flashpoints in my next post ... well, I have been unable to find anyone to group up with and have a mentionable Flashpoint. Instead, I shall bring you tales of PvP. As with any MMORPG in this day in age, there is the area where you can go questing, and then there is the area that you can combat other players of an opposing alliance (and sometimes the same alliance). SWTOR presents these player versus player zones as Warzones; small instanced arenas where players on opposing teams fight towards an objective. One such Warzone is called Huttball, a warzone where each team (comprised of same and opposing faction members) must run to the center of the arena, grab a ball, and bring it to the opposing side. 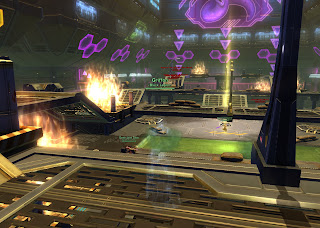 Think of it like its a football game. Grab the ball, take it to your opponents side. They must defend their side. If they kill the ball carrier, they get the ball.

The premise for this is that one of the illustrious Hutt cartels is sponsering the game. Thusly, he has a grand view of the two teams doing their best to kill each other. 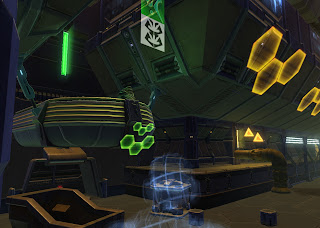 I will upload a bunch more images so you can see what it looks like in there. 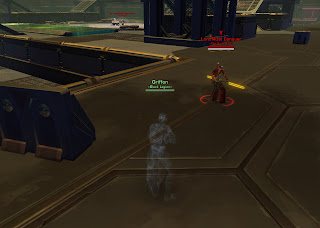 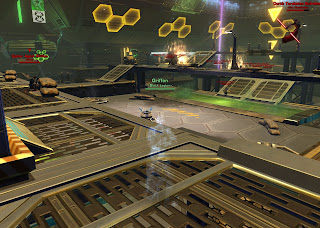 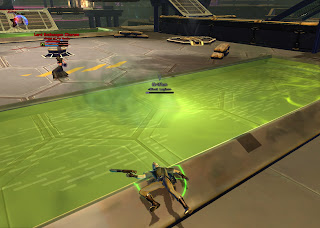 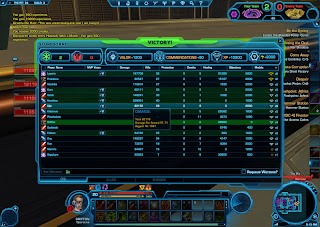 So the PvP aspect is fun. Not exactly something I would sell the game on, it is much less story interactive, mostly because it cannot be story interactive. Definitely check out the game, though.